Cars, Trains and the Internet of Things

Last year, London made numerous popular IoT additions to their public transit. Helsinki, Seoul and other major cities are employing the new technology in their own ways. Tackling concerns about safety and energy as well as the obvious desire for maximum efficiency, the Internet of Things is making its way on the streets in more ways than one. In fact, according to the GSM association, by 2025 there won’t be a single new car on the road that isn’t connected.

While driverless cars are the exciting buzzword, there are countless other real and tangible applications. Moreover, while it seems obvious that connectivity will make driving easier, safer, and more efficient, the most important (and fun) facts are in the details. So where might you actually be seeing change in your future?

Insurance companies can be terrifying. Whether a wreck has occurred or was scarcely avoided, the subsequent long sigh of relief isn’t just for you and your car, but your wallet. Even with the kindest of agencies and plans, it’s hard to know what will happen to your rate—even if it wasn’t your fault.

By some estimates, 50% of drivers will have Usage-Based Insurance by 2020. UBI works by transmitting the policyholder’s actual driving data directly to the provider. Now, a company can see exactly how you drive, allowing you to become far more than a list of claims. While it seems few companies have found a way to properly market the new technology, once it catches on there will be no going back. UBI brings the wildly popular Pay-as-you-go scheme to the roads. Whether you want Pay-As-You-Drive (PAYD), Pay-How-You-Drive (PHYD), Pay-As-You-Go, or Distance-based insurance, companies will be able to offer better premiums that fit any customer’s specific needs. For those who can’t afford costly annual contracts, this could mean a world of change and saved money. Plus, the program incentivizes better, more efficient driving practices. Pay-as-you-go revolutionized phone contracts — why not cars? 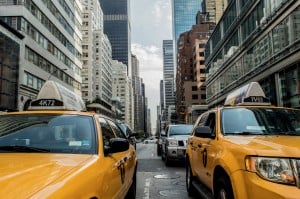 For some, taking public transit is a nightmare. If there aren’t exact directions given, or a trip includes multiple stops and changes, a short ride quickly becomes a nightmare. Bad experiences and uncertainty can even lead would-be passengers to skip out on the public system entirely—opting for taxis, or another route filled with less variables.

Perhaps this is why every car seems to be plugged into GPS. Even a five-minute drive to the grocery store and the system tells you exactly which lane to drive in and where to turn. Helpful guidance systems are pivotal in a world where travel is unavoidable. Smart apps already exist for most major cities to help travelers maneuver transit systems. However, these are only a drop in the bucket. When there are twenty buses in front of you, and maps and labels all in a foreign language, how helpful are these apps? If cars, trains and buses are all connected—what’s stopping an app from telling users exactly which bus to take, or whether a user is actually on the correct bus?

If all cars in 2025 are going to be connected, what does that mean? It will, first and foremost, create more hotspots and get more people connected to the internet. In the push to connect entire cities and give internet access to all its citizens, connected cars are one of the most obvious means of gaining traction. Having connected cars opens doors for drivers, passengers, and even companies. 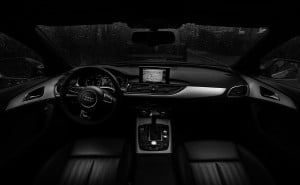 In recent years, cars have become a bit more akin to, well, spaceships. There are digital dashes, and it seems to need more software updates than a new smartphone. Worst of all, there is nothing more infuriating than lights on the dash signaling trouble, prompting a visit to the mechanic where it’s discovered all your car needs is a software update. Being connected could mean over-the-air (OTA) updates. When new information is released, an update is far less painful. With a record number of car recalls made last year—many due to software issues—it’s high time customers had easy access to important, and often necessary, updates.

By creating new hotspots, companies will also have access to a brand new set of data. This means better fleet management, and more efficient decision-making. Data gleaned from a car’s countless sensors can also yield interesting information. While driving patterns, vehicle conditions and similar data is not highly valuable to a driver, it can help companies and regulators pinpoint opportunities for innovation. Much of the focus of connected cars is on advertising—yes, advertisers will likely have a brand new way to learn about and market to customers in their cars; however, anyone from city planners to engineers can put untapped data like this to good use. It’s not only about marketing products better, but building better products.

And then, the VW Emissions scandal…

VW has been reeling since the reveal that they lied to U.S. regulators, actively used software to trick emissions tests and, of course, pumped some 1 million tons of unwanted pollutants in the air. While this raises many questions of security in the use of data and the IoT, it also illustrates the importance of interconnectivity. People are curious, and, quite often, skeptical. While the technology and ability to play with VW’s software is currently a bit tough to grasp, normalizing IoT in the automotive sector could lead to more people keeping tabs on their equipment. Creator of the Raspberry Pi computer, Eben Upton, explains that people are willing to experiment and see if what companies tell them is true. Rather than always placing faith in companies, the current culture is one to take the bull by the horns—as is made readily apparent by the popularity of OBD-II apps for consumers. With better connectivity and available IoT solutions, companies may have to look out for new watchdogs.

While shiny new IoT-based apps and add-ons help users parallel park and avoid overloaded cars, those are only the tip of the iceberg. With an area as volatile as IoT, it’s nearly impossible to dream of what innovators will create. Most importantly, the best disruptions will likely come from far more exciting fields than advertising, and dip into unexpected, seemingly unrelated areas. If designers do their jobs, users may not even notice how prevalent IoT is in their future cars and subway systems. Either way, there’s going to be a long, complicated future as the internet takes over the road.

IoT protocols 101: The essential guide to choosing the right option

A match made in transportation heaven: AI and self-driving cars

Unlocking the full potential of connected devices with IoT analytics

NB-IoT will shape the future of smart cities