Data Natives, a first-of-its-kind conference for the data-driven generation, is set to bring together the brightest minds in data science and related technologies for a 2-day event in Berlin November 19-20.

What’s on the agenda

Data Natives features a packed agenda designed for those looking to push the boundaries of their ideas and work in data science and beyond. With 40+ industry talks and unlimited networking opportunities, the conference aims to break down barriers in the industry and forge lasting relationships among its participants. Talks will focus on three buzzing areas of data science – Machine Learning, Internet of Things and FinTech.

The conference will also host a Startup Battle, showcasing some of the most exciting companies poised to do big things in big data. Young startups will have the chance to pitch to influencers and investors in the tech community and compete for the prize of Best Big Data Startup in 2015.

With 17 years of Financial Services experience under his belt in places such as London, New York, Tokyo, and Singapore, Nasir Zubairi has brought his own touch of innovation and value to numerous organizations and startups. His current role at FinLeap sees him advising and building the next generation of FinTech companies to ultimately change the face of the financial industry.

Yuval Dvir utilizes years of international consulting experience gained in large multinationals and startups to head up Global Strategy & Product Operations at Google. With a background in corporate development and transformation at Skype and Microsoft, Yuval is a leading expert in guiding teams through challenges involving digital transformations, innovation and scaling.

As the founder and CTO of Kreditech, Alexander strongly believes that algorithms and statistical data are the building blocks for the next Industrial Revolution. Kreditech, now one of Germany’s most data-driven FinTech companies, is a testament to that belief. Before founding Kreditech alongside Sebastian Diemer, Alexander managed engineering and product development at Rocket Internet and worked in the investment and banking sectors.

Interested in sponsoring opportunities? Please get in touch at info@datanatives.io

Are you game for the Big Data event of the year? Mark your calendars now, and snag your earlybird tickets here!

The Surge of Prescriptive Analytics

"Smile and Nod." - Data Scientist Jeroen Latour on the Value of the 'Big Data' Buzzword 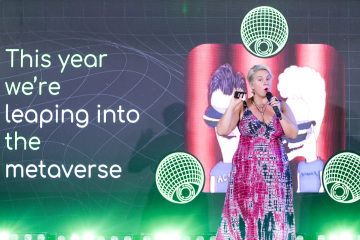