Rare is the man whose heart starts racing upon hearing the word “plankton”. It might not be the sexiest field in the world, but the study and categorisation of this marine microorganisms can tell us a huge amount but the health of our oceans. The problem? There’s tonnes of them. The dataset of the Oregon State University Hatfield Marine Science Center is the same size of 400,000 3-minute YouTube videos. Manually categorising all that data would take marine biologists 2 lifetimes to complete.

Of course, in our age, there’s a solution- machine learning-optimised automation. The Oregon State team handed their dataset over to the National Data Science Super Bowl, which challenged entrants to automate the ocean health assessment process. The entries to the contest- co-sponsored by Kaggle & Booz Allen Hamilton- were staggering, equivalent to $4 million worth of analytics research.

1,000 teams set to work on algorithms to classify over 100,000 images of plankton. The winning team, Ghent University’s imaginatively-titled “Team Deep Sea”, beat out over 15,000 other submissions with their model, which will save the marine research team years in categorisation time.

“We were originally drawn to this competition because of the vital social cause it supported,” said Team Deep Sea member Pieter Buteneers. “What we found was a truly life-changing opportunity to collaborate as a team and build something great together, and we are proud to have competed against such a high-caliber field of data scientists.” 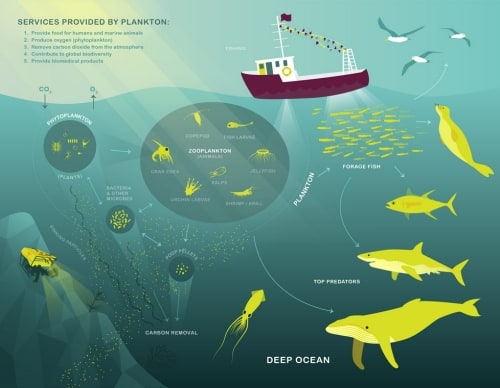 “The quality of submissions and types of ideas being discussed by our community were truly amazing,” said Anthony Goldbloom, Kaggle’s founder and CEO. “The winning team used a cutting edge deep learning approach to create their winning model. Currently, even basic machine learning techniques are not widely used in the marine sciences and this competition has done a tremendous amount towards further exposing researchers in the field to its benefits.”

Although deep learning is hot (if perhaps hype-laden) field right now, many industries- including the wider marine biology community- are yet to see the benefits of these advanced techniques. Moving forward, Hatfield Marine Science Center Director Bob Cowen hopes to change that. “Our hope is that we will be able to expand upon this research and, eventually, make it an open source tool for the marine research community,” he said.