German startup Protonet are spearheading the  ‘Free Your Data’ initiative to bring about the setting up of a new law that would enable individual access to personal data held by corporations.

Launched earlier last week, Free Your Data aims” to action a new law to stop the pursuit, exploitation and profit of personal information by tech giants. Initiated by Protonet, the campaign will rely on crowd activism to create lasting change to the ethical handling of digital information,” according to a recent press release.

Founder of Protonet, Ali Jelveh, explains the new law  (dubbed The European Data Sovereignty Act) as follows: “Any Company with more than 1 million (recurring) users is required to provide a requesting user with all the data associated with the user free of charge, without delay and in a machine readable format.”

“We had this idea, how cool would it be if you would know what the big companies know about you? Not that they would have to shut down their tracking systems and things like that, the only difference would be that you would also know what you know about you,” he told TechCrunch. 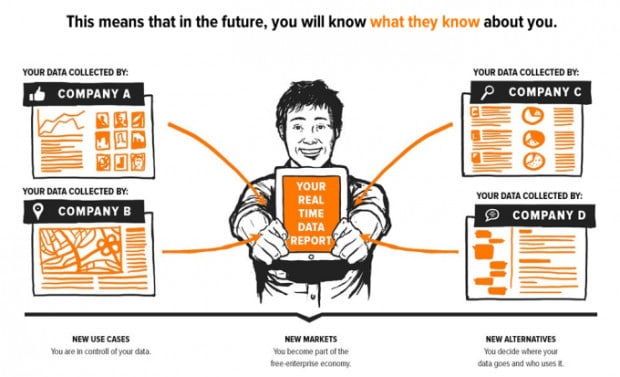 The campaign moves forward with the release of the first part of a set of videos (episodes) today, which will expose, “the truth behind tech business plans and will run until significant change happens,” and is intended to go viral on all forms of social media channels.

Collaborating in this campaign is Change.org with support also Co. Inc from German politicians and online activists like MPs Konstantin von Notz, Lars Klingbeil and Jimmy Schultz. TechCrunch also points out that a few third party businesses are backing the cause by providing services at below their normal business rate.

Protonet intends to bring more investors on board as the campaign progresses as a not-for-profit-organization. With a global agenda the campaign will have events across Europe, “from Hamburg to Brussels.”

Jelveh believes that an eminent result, either as a change in law or at least the proposal being tabled in the Parliament (German or EU) is possible within the next 12 months.

This move comes at the time when the EU is deliberating drafts of a union wide privacy legislation.

All images courtesy of the Free Your Data Initiative.