What is Worapay’s mission statement?

WoraPay is the mobile acquiring network for banks, telcos and other mobile wallets. We are working on the network which we supply to any payment and/or loyalty apps. Any of these can be used at any merchant location where WoraPay infrastructure is installed. By doing that we aim to decrease fragmentation of the mobile payment marke tas we believe this is one of the key factors for mobile payments to take off.

Where are you headquartered?

WoraPay is now based in London (sales) and Vilnius, Lithuania (development and deployment). London is in the center of FinTech companies and we manage business development from here as a result. Vilnius is central location, easy to reach, cheap and with lots of extremely skilled developers and product managers to hire.

Who do you think will be the most influential players in Fintech, in 2015?

TransferWise example (have just raised around $100M USD) is great as it proves how fast innovation can spread. I also expect that banks will start innovating as having no proper digital bank is a direct way to self-destruction. There should be at least a few banks which will try to launch something extraordinary.

What kind of year do you foresee for your company, and the industry as a whole?

Mobile payments at physical locations will grow by hundreds if not thousands of percent in 2015. The demand is still low, however, key merchants are testing mobile payment solutions more intensivelly than ever while mobile payment companies like WoraPay become more creative to adapt technology and interest target audience. Remote payment methods could be given as an example where a user can make a payment at the restaurant table without waiting for a waiter or make an order to his seat in the entertainment arena. Clear value both to the merchant and user.

WoraPay built an end-to-end network in the Baltic states which is now being expanded into the Central and Western European countries. We are starting to work with the key mobile wallets in Europe and we will help them gather access to new merchants, territories and payment methods.

What will be the most important opportunities for FinTech in 2015?

As soon as the early examples prove traction (TransferWise disrupting international payment, ApplePay – mobile payments, various companies – p2p lending), there will be even more players emerging and trying to do something similar. The real game will start as soon as there is real competition by the big players in the market.

What are the key hurdles for growing your business this year?

User habits and technical development level is very different from country to country. As WoraPay is now growing in Europe and Latin American countries, this is felt and we need to adapt in each case.

What are your thoughts on the current state of fintech?

There is certainly a lot of attention and capital floating to the fintech companies. Both market and investors expect a lot from the companies as there is plenty of room for innovation. 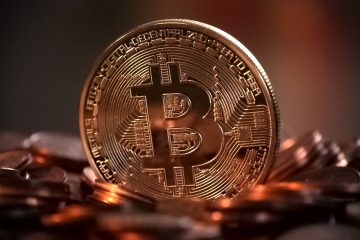