The IBM Watson developer cloud just got five more free beta services added to its inventory, which will expand IBM Watson capabilities to images, speech, and analytics, the IT giant reported Wednesday. 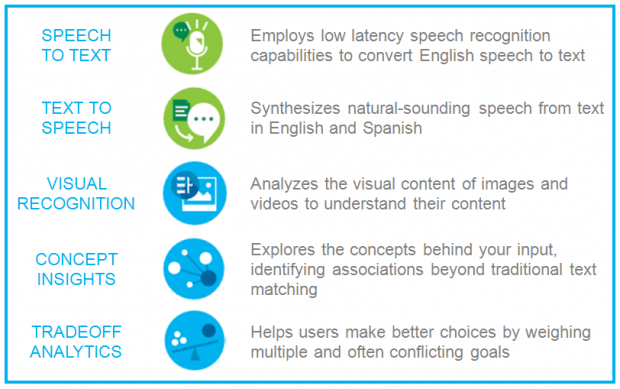 The five new services now available on Bluemix are:

This is second such release, trailed by the offering of eight beta Watson services for the developer community to test and develop by harnessing Watson’s capabilities, in order to “harden each service as we prepare them for general availability,” explains IBM.

From Language Identification and Machine Translation to Visualization Rendering and User Modeling, the beta services are being embedded into a new class of cognitive apps. So far over 5,000 partners, developers, data hobbyists, entrepreneurs, students and others have contributed to building 6,000+ apps infused with Watson’s cognitive computing capabilities, claims IBM.