On a global scale, both genetic distance and phonemic distance between populations are significantly correlated with geographic distance, where phonemics has to do with sound units that distinguish meaning between words in language.

As populations move away, it brings about change in both the linguistics and genes of the respective populations.

Greater the dispersion in geographies, greater is the change in both genes and phonemes.

Published in the Proceedings of the National Academy of Sciences, the study was carried out by a research team that comprised of anthropologists and biologists from Stanford University, University of Manitoba and  Brown University.

It was also found that although “geographically isolated populations lose genetic diversity via genetic drift,” phonemes act differently: “within a given geographic radius, languages that are relatively isolated exhibit more variance in number of phonemes than languages with many neighbours.” 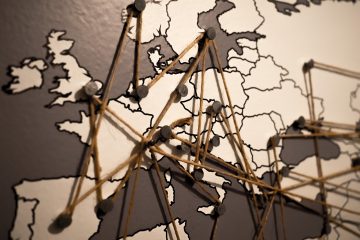