Italian banks have launched the Target-to-Securities project, T2S is a technical platform that will be offered to central securities depositories (CSDs) for the settlement in central bank money of both domestic and cross-border securities transactions. The development and future management of the platform has been entrusted to the central banks of France, Germany, Italy and Spain (4CB).

Bank of Italy cites the three main purposes of the program as: enabling all intermediaries to settle all securities transactions carried out on European markets using a single settlement account, with outstanding benefits in terms of liquidity management; significantly reducing the cost of cross-border transactions – currently much higher than the post-trading costs on other markets, in particular the US market – while levelling it with the cost of domestic transactions; harmonising operational practices and settlement procedures, thereby enhancing competition among CSDs – and between the latter and global custodian banks – in the supply of value-added services.

According to the European central bank, in terms of infrastructure, T2S is a “necessary platform” for setting up a single European market for securities services. In terms of benefits for Europe, T2S will make the post-trade environment safer and more efficient. It will reduce the cost of settling securities transactions and bring about significant collateral savings for market participants. “These collateral savings are ­particularly valuable at a time when demand for high-quality collateral continues to increase, as a result of both the crisis and new regulatory developments,” says Draghi.

With T2S CSDs will outsource all activities related to securities settlement – currently carried out in-house – to the Eurosystem, whereas they will continue to offer value-added services and keep customer relationships (CSDs will still be the only legal counterparts for users). Participation of CSDs in T2S is not mandatory.

In order to allow CSDs and global custodian banks to connect and communicate with T2S, the technical solution identified and agreed with the users envisages the connection to the platform by using value-added services (VAN) – equal for all market players – offered under competitive conditions by the two connectivity providers, SWIFT and SIA-COLT, which were selected through a public procedure run by Banca d’Italia on behalf of the Eurosystem.

Developed over three years, from the signing of the Framework Agreement to the Currency Participation Agreement (CPA) offered by Eurosystem to the non-euro central banks who agree to settle in T2S the securities transactions denominated in the national currency, T2S will gradually enter into operations in the next two years, between June 2015 and February 2017. There are several dates of migration (waves) for the different national financial communities; the Italian financial community will migrate to the new platform in the first wave, on 22 June 2015. 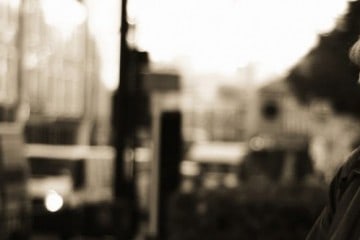 Data Activists Set Up Database to Counter Mafia In Italy