A Deep Convolutional Neural Network that Understands the Sentiment in Images

What could possibly be a leap in AI technology is a novel method devised by scientists at Adobe Research and the University of Rochester to train computers to draw insights on ‘Visual Sentiments’ from mere images.

A paper, entitled “Robust Image Sentiment Analysis Using Progressively Trained and Domain Transferred Deep Networks,” was presented at the  American Association for Artificial Intelligence (AAAI) conference in Austin, U.S. It explains how in the recent past Convolutional Neural Networks (CNN – a supervised learning algorithm, where parameters of different layers are learned through back-propagation) have been very successful in image classification tasks.

PCNN- via the research paper.

Working with 90% images from a half million Flickr images as the training dataset. where the remaining 10% images constitute the testing dataset, the researchers trained something called a Progressive Convolutional Neural Network with 300,000 iterations of mini-batches (each mini-batch contains 256 images). 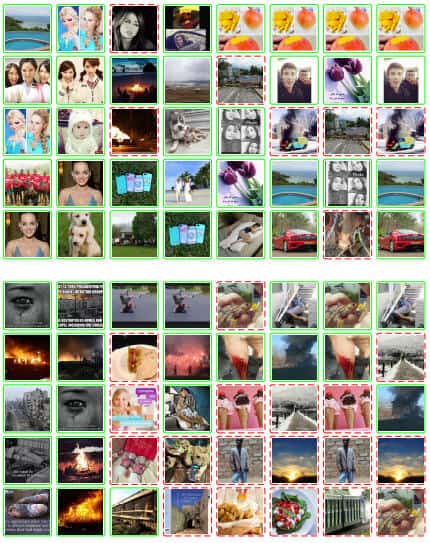 “Positive (top block) and Negative (bottom block) examples. Each column shows the negative example images for each algorithm (PCNN, CNN, Sentribute, Sentibank, GCH, LCH, GCH+BoW, LCH+BoW). The images are ranked by the prediction score from top to bottom in a decreasing order”- via the research paper.

An image dataset developed from image tweets with a total of 1269 images acted as the testing images.

The paper was authored by Quanzeng You and Jiebo Luo from the University of Rochester and Hailin Jin and Jianchao Yang from Adobe research.