What will you be wishing for in 2015? On New Year’s Eve our minds will be occupied with future plans, expectations, concerns and also possible surprises. We’ve taken a look inside our own crystal ball to see through the mist of Christmas festivities and predict what awaits the financial technology sector in 2015.

Social Media has been booming for a quite some time now and each year it conquers more and more aspects of our so far off-line existence. With financial companies supplementing traditional  credit score rating by verifying the social media activity of their potential customers, we soon we will be able to get a better deal only because of having many friends or being an outstandingly active Facebook user. Payments has entered Social Media as well with SnapChat announcing its partnership with payment processing firm Square, which offers its own stand-alone friend-to-friend payment app called Square Cash. According to Social Media Beast another interesting feature might be an incorporation of ‘Buy’ button on Facebook and Twitter – an idea tested with a small number of clients but already loved by the marketers and advertisers. It demands to balance the user experience with the potential sales opportunity and this merge of social and e-commerece is definitely something to watch in 2015.

Will London become the leading global FinTech during 2015?

Only recently the mayor of London, Boris Johnson, was travelling throughout Asia along with the most rapidly growing British start-ups, like Iwoca and TransferGo, banging the drum for London as the Fin Tech capital of the world.  According to Harrington Star looking back at what has happened in the last year we can safely say that the appetite for disruptive financial technology is growing every day and that is not going to change in 2015.  The largest area of growth over the next five years  will be the remote mobile payments —  purchases made via apps and mobile websites. It’s expected they will reach $91 billion in volume in the United States alone by 2019.

Let’s make a song and a dance about the Euro. Will it be a slow ballad or an upbeat Europop dance number? Ongoing struggles with an under-performing labour market will characterise events inside the Eurozone during 2015. Some sources even cite the Eurozone as a ‘brake’ to the recovery of global economy. However, it doesn’t stop new countries from joining.

Lithuania enters the Eurozone on 1st January 2015 and their prognosis is much more positive. Baltic Times points out that the country’s inflation is the lowest it has been in the last decade, which means, according to financial experts, the condition are favourable for a switch of currency.

Lithuanian businesses will no longer be forced to spend money guarding against currency fluctuations nor paying for all currency conversions. Experts from the Economist predict that the euro adoption will boost Lithuania’s Gross Domestic Product by about 1.3%.

The transition to Euro definitely puts the focus on Lithuania and its citizens. It’s often expected that companies put their prices up when switching to the Euro, however, some companies do the opposite. For example, from 16th January 2015, TransferGo introduces new pricing for international money transfers within Europe. The company lowered their prices for all Eurozone countries with a 99p/€0.99 fixed transaction fee for transfers.

Sending Money from Your Fridge or Watch

Modern technology is not only to be widely used but also widely worn. The wearable tech trend and internet of things represent great opportunities for health and wellness brands and also fashion. Digital Trends predict that in 2015 we will see much more of a fusion between fashion and technology.  Smart ‘D-Shirt’ will be going on sale in 2015. Its design can detect movement, heart rate, speed, breathing patterns and localise the person who’s wearing it using a GPS location. The most important element is the fabric that allows sensors to be closer to the skin so they are able to collect more relevant data. Perfect for sportspeople, these inventions can also be extremely valuable especially for monitoring the health of newborns.

What if not only your health, but also financial life could be sorted with one swipe on your wrist? Sending money while using wearable or Internet of Things is definitely something that we should think of in 2015. Your fridge could then pay for your grocery delivery and your watch could become a very handy tool to send your student son abroad some extra cash for books (at least he’d say so).

Guste is a young professional with a keen interest in a high-tech business development, entrepreneurship and security & defence politics. She's currently focused on FinTech industry ensuring it brings pricing transparency and secure digital solutions to a new wave of digitally savvy people. 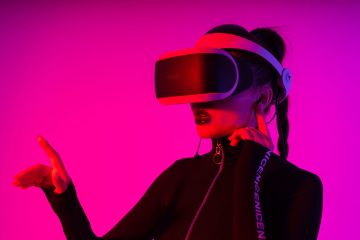