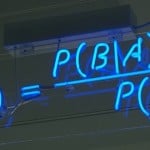 Introduction to Bayes Theorem With Python

“So I feel like there is not a lot of good information out their on how to use Bayes Theorem for modeling – especially with Python code. Like try figuring out how to understand a Bayesian Linear Regression from just Google searches – not super easy. So I thought I would maybe do a series of posts working up to Bayesian Linear regression.”


“A multi-coloured squirrel may not seem like the most obvious choice of logo for a data processing technology; then again, the team behind Apache Flink have hardly done things by the book. As Flink grew in Dataconomy’s back yard in Berlin, we had the pleasure of meeting some of the data Artisans, and discussing with CEO Kostas Tzoumas how Flink transformed from a research project to a Top-Level Project.” 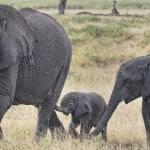 Criteo’s Prediction on Hadoop: How and Why it Came About

“At Criteo we display online advertisement, and we sell clicks to our clients. But it has not always been like this. Actually, the shape of our prediction engine –and its underlying architecture- had to evolve as our business grew.” 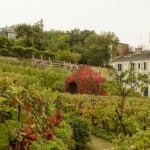 What does a machine learning scientist who also happens to be a wine enthusiast come up with after a chance encounter with a legendary Bordeaux wine? An application that might be able to predict the quality of wine. 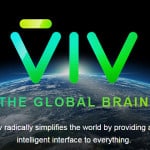 Creators of Siri Snap Up 12.5m Dollars for Viv- An AI That Can Teach Itself

Viv Labs, a stealthy startup founded by the team that created Siri, has secured 12.5 million dollars in Series B funding, in order to carry out its vision of an advanced AI. If reports are to be believed, the round was led by the Silicon Valley’s elite Iconiq Capital, taking the total investment into the firm so far, to $22.5 million. 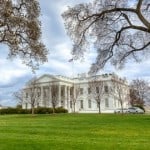 
“In a first, the White House has appointed a certain Dr. D.J. Patil as the Deputy Chief Technology Officer for Data Policy and Chief Data Scientist, it was announced Wednesday. As part of the CTO team, DJ will work closely with colleagues across government, including the Chief Information Officer and U.S. Digital Service.” 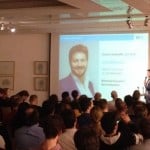 What You Missed at Big Data Berlin 4.0

The fourth Big Data Berlin took place on Thursday at Instituto Cervantes with insightful talks by four industry professionals and plenty of time to network before and after over beer and pizza kindly provided by Criteo. 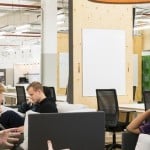 “A Great Opportunity to Network and Learn about Behavioural Analytics at the Barclay’s Escalator (Mile End, London) about creating the ultimate behavioural funnel (RSVP here).”

“At Bonial International Group, we want to manage data as a company asset; focus on quality is at the top of our list, which of course results from rational, well-informed decision making. Our teams need the most insightful and accurate information they can get, and it will be your task to help them drive our business forward with precision and predictability.”

“MarkLogic is seeking a Solutions Architect to be an integral part of the DACH team preferably based in Munich. The successful candidate for the role will be a highly seasoned technologist, who has successfully led and delivered multiple large-scale technical projects in complex environments.”