The establishment of the Alan Turing Institute for Data Science, in a move to help Britain gain edge as a Big Data player, will be based at the British Library at the centre of a new Knowledge Quarter, George Osborne revealed on Thursday.

Announced in March this year with the budget, the £42m institute will enable British companies by providing superlative industry expertise in issues of Big Data and algorithm research.

The Knowledge Quarter, also launched at the same time, is associates 35 academic, cultural, research, scientific and media organisations in and around the King’s Cross and Euston area of the capital. The institute will have tie-ups with various other institutes spread across UK.

“30 or 40 years ago, this was an area of London in decline, and when you look at all the exciting things happening here – the British Library, the renovation of King’s Cross, the arrival of great companies like Google and Guardian Media Group, the universities based here – it is really one of the most exciting places in the world. And it returns this area to what it was 100 or 150 years ago, when it was a centre of modern communication and modern learning,” Osborne said during the announcement. Calling Alan Turing “a great figure” and “a national hero,” Osborne said, “I think it is a fitting tribute to his name and memory that here, in the centre of our capital, there is an institute that is named after him”.

A spectrum or organisations and institutes have partnered with the institute including the British Library, Google, the Wellcome Trust, Camden Council, the British Museum, Central Saint Martins, University College London, the Francis Crick Institute, the Royal College of Physicians and also the Guardian Media Group. Guardian points out that its members employ over 30,000 people, with a turnover of more than £2bn and cater to more than 8 million visitors annually. 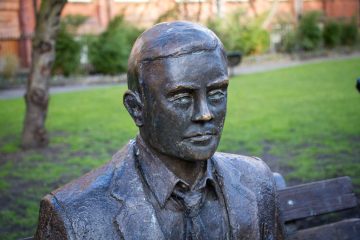 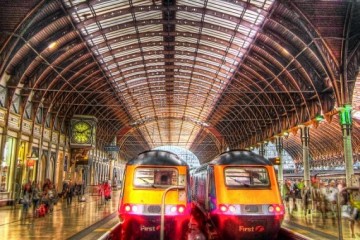