5 of the Coolest Tech Developments in 2014

by Eileen McNulty
in Data Science, Machine Learning
Home Topics Data Science
Share on FacebookShare on TwitterShare on LinkedInShare on WhatsAppShare on e-mail

In 2014, we witnessed some of the coolest and craziest tech stories of our time. A future where our cars drives themselves, drones deliver our mail and our surroundings adapt to our preferences automatically are no longer inconceivable- in fact, these scenarios are highly plausible.

We trawled through our 2014 news archives, and have come up with five of the coolest tech developments that occured in 2014. Obviously, “cool” is an entirely subjective measurement; if you have any stories you feel have been criminally overlooked, leave a comment below. 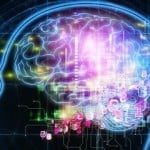 1. The Supercomputer the Size of a Postage Stamp
Back in August, IBM unveiled a micropship which can store a million computational units into the area the size of a postage stamp. The building blocks for the chip, dubbed TrueNorth, are not your conventional binary of ones and zeros- they’re “neurosynaptic cores” of 256 neurons each. These cores were piloted by IBM back in 2011, and are based on our understanding of how the brain works.
Whilst it will undoubtedly take some time for such a technology to become readily and commercially useful, this complete reimagining of computational units is certainly exciting.
Read more here >

2. The Rise of the Self Driving Car
We are closer than ever to self driving cars becoming a reality. Tesla revealed they will have a handle on 90% of driving duties by 2016; Britain is already pondering self-driving automotive legislation; several drastically different designs for the car of the future have already resurfaced. In May, Google announced they’ll be building their own self-driving cars rather than modifying vehicles built by other manufacturers. According to Dataconomy’s news report:
Currently, Google’s robo-cars have covered 700,000 miles of public road since it began working on the vehicles in 2009. The company plans to build 200 prototype cars in Detroit and according to Urmson, “we’ll see these vehicles on the road within the year.
Read more here > 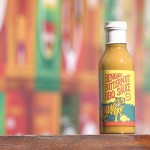 3. A Robot Designs a Sauce
2014 has undoubtedly been a huge year for IBM Watson. IBM announced they would be creating a business unit around the artificially intelligent computer at the start of the year, which they expect to generate $10 billion in annual revenue in the next 10 years. Watson’s applications have been diverse- from fashion to the military services, including a freemium model of “Watson Analytics”, making their cognitive computing technology widely available. But our favourite application was undoubtedly using Watson to create a delicious barbecue sauce:
After implementing an algorithm meant to test Watson’s capacity for creativity, it spat out a recipe mixing white wine, butternut squash, tamarind, and Thai chilies. Although Watson’s first foray into condiments, one of it’s first testers described it as a “golden, algorithmic elixir” that was nothing short of “delicious.” What’s more, Watson didn’t include any additives such as sugar or preservatives.
The resulting sauce, Watson’s “Bengali Butternut BBQ sauce”, sounds as delicious as it is groundbreaking.
Read more here > 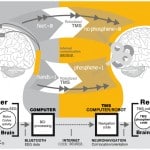 4. Brain-to-Brain Communication Achieved for the First Time in Human History
Back in September, an international team of neuroscientists carried out “direct and non-invasive brain-to-brain transmission of information between humans” for the first time in history.
The two “brains” in question belonged to two people situated 5,000 miles apart, sitting in India and France. The team harnessed ‘internet-connected electroencephalogram and robot-assisted, image-guided transcranial magnetic stimulation’ to transmit the words the words “hola” and “ciao” from one human to the other.
Obviously, it’s a long road between transmitting one word and facilitating whole non-invasive brain-to-brain conversations. Yet, this first tentative step in undeniably huge.
Read more here > 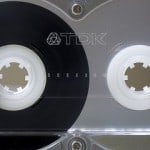 5. IBM and Fujifilm’s Record Breaking Tape
Back in May, IBM and Fujifilm announced they broke the world record for data stored on a single square inch of tape. The “double-coated” tape could store 85.9 billion bits per square inch on areal data density on linear magnetic particulate tape. With this density, a standard tape cartridge could store 154 terabytes of uncompressed data, which would be 62 times better than existing cartridges. Why is this so cool? Mark Lantz, a research scientist and manager of exploratory tape at IBM Research explains.
“Today, most storage technologies like HDD [hard-disk drive], flash, and DRAM [dynamic random access memory] are facing or will very soon face very difficult challenges to continue scaling. In contrast, our demonstration shows that tape can continue scaling at the current rate of doubling cartridge capacity every two years for at least the next 10 years.”
Read more here >

Many of the technologies listed here are still very much in their infancy. But in years to come, we’ll be able to look back on 2014 as a landmark year in the development of these futuristic- and potentially groundbreaking- technologies.