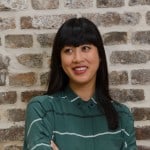 If there was ever a fascinating time to be immersed in the app economy, it is now. After experiencing a huge and flourishing boom, the industry now faces a period of change, maturity, or decline, depending on who you’re talking to. Berlin-based Priori Data are in a unique position to comment upon the changing app landscape; their platform offers users the ability to track and benchmark over 2.5 million apps. We recently sat down with Director of Data Science Michelle Tran and Director of Content Natasha Yarotskaya about what insights into the market their data has uncovered, as well as what to expect from the latest version of their platform, which is released today.

Tell us about yourself and your work.

Michelle: I am Michelle Tran, and I am the Director of Data Science here at Priori Data. We currently have an app analytics platform on the market where users can access our data and see different visualisations of it online. We are now working towards version 2 of this platform which will have many additional features, including many additions on the data side, and this will come out on November 19th.

Tell us more about the history of Priori Data.
Michelle: We are a fairly new company. We’ve actually only officially been in existence since June 2013. But I have actually been working with Patrick on a more informal basis since January 2013. Priori originated as a spin-off of a well-established mobile app discovery company called Xyo. Basically, they were generating a lot of interest in their data, but they are focused more on B2C. We spun off as an independent B2B entity, focused primarily on marketizing this data and also inherited their database in the process.

Initially, we were just a three-person team, selling off custom datasets, reports and analyses to various clients. Then in late February, we took the big step of putting our data online so that it could reach a wider audience and be much more dynamic. We debuted that platform at MWC in Barcelona.

Over the past six months, we realized that in order to meet our clients’ needs, we would need to develop our own in-house models. We need to offer data at a more granular level, have a firm grasp on our accuracy, and offer a wider array of metrics.

In general, we just wanted to take control of the entire data production process, which is why we’re currently in the process of creating all these new data models and doing a big infrastructure upgrade. Before we were using Microsoft SQL Server but our data storage and processing needs have quickly outgrown this system.

Now we are actually moving to BigQuery which is a fairly new cloud-based data storage system from Google that you can query using SQL syntax. It’s pretty cool because we’re actually part of their beta testing program for cloud services and get to play with some of the features before they are released to the public.

What differentiates you from your competitors?
Michelle: I would say that one major point of differentiation for us is the way that we present the data. A lot of our customers seem to really love our platform and the way that we’ve chosen to visualize the data because it’s all from an analyst’s mindset. I think people appreciate when you take that extra step for them, and present the data in a way that is already insightful.

Natasha: We’ve travelled to Russia recently and demoed our platform there to a number of app developers, analysts, investors. The feedback I received from across the board was “Wow, this is a beautifully designed platform.” There is a lot more to come in the new version. In terms of what Michelle described, the analyst user experience, we will be allowing the analysts to choose different metrics that they would like to compare, for example. And do so in a very clean and simple way.

Michelle: Patrick has a background in investment banking. I was previously working in economic consulting. We have alumni from FTI, Google and Accenture. I think a lot of us at this company come from an analytical or consulting background and so can put ourselves in the shoes of an analyst, which incidentally is one of our core target audiences with this product.

One audience that we work with is app developers. They are probably the most obvious group for this kind of data. But we don’t really see app developers as our paying customers target group – in most cases we work with them on a partnership basis. We’re currently running an Early Adopter Programme, which is basically a data exchange programme.

We also work extensively with journalists who are not our paying clients at the moment.
But the bulk of the paying customers are financial institutions, investors, consulting firms, research and analyst houses, mobile companies.

How big is your data?
Michelle: We’re definitely in the terabyte range. In addition to the historical scrapes we’ve inherited, we’re actively scraping data about every single app in the ITunes store for around 50 different countries almost every single day. We’re scraping all the metadata because this is also displayed in the platform and also enters into our models, as well as hourly rankings from the iTunes top charts. And then, once a developer partner signs up with us, agrees to give us access to their iTunes Connect account in exchange for access to our entire platform, then we automatically retrieve data from their accounts as well.

What does being the Director of Data Science for Priori Data actually entail?
Michelle: Starting out, I was Priori’s only data scientist. My role back then was being the person crunching the numbers and retrieving the data from the database. Since then, the data team has grown and we’ve shifted our focus from retrieving and transforming data for reports to model development. In terms of day-to-day tasks, there’s a lot of data wrangling and cleaning involved. And we are working on six different models right now. It’s just a constant back and forth of reviewing each other’s code, trying to understand each other’s models, editing each other’s queries, validating. It’s been a very collaborative process. Our data team right now is in full beast mode.

In terms of the management side, my job involves making sure that everyone keeps the bigger picture in mind, and that we’re achieving our goals at the right times. This isn’t particularly laborious- our whole team are smart and self-sufficient. It’s more like eliminating obstacles so that they can be the best possible statisticians that they can be.

Every industry has a life cycle. It starts with an introduction, where things are slow. Then you see a rapid growth. And after that, a stage of maturity where the sales are not so crazy, people are not downloading apps at such a high rate, but the ones they do download adopt practical value in people’s lives. They’re becoming an extension of what people are already doing in their everyday lives. If you have diabetes, there’s a diabetes app. If you have a learning problem, there’s a learning aid app and so on. That’s what we believe is happening right now.

Those findings were based on our data from 30 countries. Those countries are mostly in Europe- America is also a large market, China is a little bit more difficult to track. But there are also a lot of markets in Asia and Africa but we haven’t been looking into yet, but we will. They might bring another steep growth.

What are you working on at the moment? What new features can we expect on the latest release?
Michelle: Our current platform displays monthly download estimates, all-time downloads, and Monthly Active Users estimates. In this next version of the platform, you can expect to see daily downloads going all the way back to July 1st initially. And then, at a certain point, we will back-calculate all the way to January 1st. We will also have a new and improved MAU model. We’re also introducing in-app purchase revenue estimates. So our clients will be able to get the full picture of revenues, not just the ones that are paid installs.

Michelle: So you can actually see trends over time. This is a very important addition that has been regularly requested by our clients. You’ll be able to select past seven days, past month, or past quarter. And you’ll actually see how an app’s performance has developed over time. We are also expanding our country offering to 50 countries. We’ve chosen the 50 largest countries in terms of smart phone penetration.

What are your thoughts on the future of data science?
Michelle: First of all I think we’re going to learn much more about what “data science” means. I think, not too long from now, data science is going to be viewed as much less of a specialty discipline. I mean even today most data scientists are either programmers with an interest in statistics or scientists who learned to code. Most of us didn’t graduate from one of these Data Science programs you see cropping up at universities these days. Now we’re even starting to see the skills for data science being integrated into general curriculum. I think in a few years, we’ll see that most working professionals – regardless of whether they’re data scientists by training or not- will have at least some of these skills. I also expect that as we progress on the IT side of data science the human side will become much more prominent. As our tools for cleaning data become more powerful, data scientists will be spending much more of their time on the actual modeling and storytelling, which will make the job a lot more fun. I’m really excited to see how the future of data science develops and feel really privileged to be a part of it!