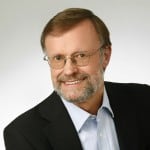 Two years ago, Wolfgang Gentzsch and Burak Yenier co-founded UberCloud, a cloud marketplace where engineers and scientists can discover, try and buy a range of cloud computing solutions. As well as improving the ease of access and the variety of options available to scientists and engineers, the platform also gives a level playing field to industry titans and smaller, niche vendors alike. We caught with Gentzsch to discuss the intricacies of his product, and why two years down the line, a direct competitor to UberCloud has yet to emerge.

Can you tell us more about yourself and your work.

I started solving problems as a scientist and a researcher in Max-Planck Institute, applying numerical methods and physics to solving problems for plasma fusion reactors.  In my next position leading the German aerospace and aeronautics department for computing fluid dynamics we solved air flow around airplane wings or inflow through water turbines, really nice and challenging examples.  Later on I founded a few companies while I was a Professor here in Regensburg for computer science and applied mathematics.  I founded a few startup companies which all dealt with one or the other kind of distributed, parallel, and grid computing, all applied to solving real engineering and scientific problems.  One of my companies – Gridware – got acquired by Sun Microsystems in 2000.

To bridge the gap between big Sun Microsystems and our small software company, I moved to California.. Here, we integrated our distributed computing technology, which is basically a load manager for distributed computing resources across networked processors, workstations, compute nodes; whatever was sitting in the network.  On top of this, we have developed what was later called the Sun Grid Engine, the engine to load, manage and monitor the different loads / computer jobs.  After that I was running my own consultancy firm, dealing with governments and large companies around the world and their computing challenges.

Finally, two years ago, my friend Burak Yenier in Silicon Valley and I, in Regensburg, Germany, founded the UberCloud, and as you can imagine this is now again a really exciting time for us.

What does UberCloud do?

The UberCloud is a community and marketplace for engineers and scientists to discover, try and buy computing resources on demand in the cloud.  It is not just one cloud, but it is a marketplace of clouds where end-users are matched automatically with specific cloud computing resource and software providers, according to their specific application requirements.

Intel sponsor UberCloud; what do you think attracts such big names to your company?

All of our sponsors are convinced that the UberCloud online marketplace platform brings end-users together with service providers in an easy and organic fashion.  We are focusing on being broadly horizontal, by reaching out into every computing and big data vertical like finance, oil and gas, computer aided engineering, computation biology, pharma, life sciences, material computation, chemistry, and data analytics

It would be very challenging for the average service provider to focus on such a  wide spectrum of activities out there. UberCloud is targeting the whole spectrum including the long tail of small engineering companies.  This would be too expensive for any resource and software provider to try and get in touch with very small companies who are often part of a supply chain of a big car company for example.  This is exactly the strength of the UberCloud marketplace- it’s for everybody.  The UberCloud marketplace is democratizing high performance technical computing bringing it to the end user who just has a laptop or a workstation on his desk- which, according to IDC, is 95% of engineers & scientists in the world.

Our current target market includes all those who feel the limitations every day of their desktop computing power- our marketplace connects them to one of our 54 cloud providers.  To put a final answer on why Intel is a big sponsor of UberCloud: UberCloud’s aim is to help democratizing the high performance computing market, from workstations, to servers, to supercomputers,and thus drive more computing needs and facilitating them. Enabling computing easily at the engineers fingertips, on demand, will create additional requests for computing and thus at the end additional demand for computing technology which then might come from Intel.

Why do you think there are no direct competitors to UberCloud?

UberCloud is not competing with anybody but it is embracing all service providers and users alike.  We are here to simplify the choice for the engineer and scientist, and the access and usage of these computing resources around the world.  We are a vendor-agnostic marketplace.

Many of the vendors these days are building their own clouds and calling them a “marketplace”, like Amazon, IBM, HP, and Dell, but then it is just an Amazon marketplace, an IBM marketplace, an HP marketplace, and a Dell marketplace,  mainly for their own customers.  These marketplaces are hardware oriented. So HP’s built up their Helion cloud, SGI for quite a while offered their Cyclone cloud. IBM acquired the Softlayer cloud for IBM customers. These big guys usually only work together with big software providers- but UberCloud can serve any small company within the software provider community. We democratize that market and accelerate technical computing usage into even the smallest company out there.

In the engineer’s and scientist’s view, the most important service he or she needs is the application software. This software is the most difficult part in an engineer’s job- dealing with fluid dynamics, dealing with mechanical software, dealing with electromagnetic software.  It takes many years of education and training to finally master this kind of software, but this is also one reason why it is so challenging to build a marketplace for it. Not everyone can build a marketplace because you need to understand the engineers and scientist’s culture, their applications, their requirements, their work environment, and how they are under deadline pressure every day.

Say I’m the end user and my computer is not as quick as I need it to be. What would the steps be for me to be connected with the right provider through UberCloud?

You go to the UberCloud Marketplace and you will see the individual stores and their products..  For example, there is OpenFOAM on Amazon AWS.  OpenFOAM  is fluid dynamic software which is in the public domain and free; it’s a great software and there is an ecosystem of companies who now support this.  You see OpenFOAM on Amazon let’s say for 24 hours on 32 cores for $199.00. It is all pre-packaged, bundled and ready for you.  You click on the offer, move it to your shopping cart, and pay by credit card.  At that moment you will receive an email which says ‘Hello Furhaad, welcome.  Here is your access to the Cloud’.  In this email you will see a link and a password.  You click on the link, and on your workstation you will see a screen that says ‘This is your Amazon Cloud’ or ‘This is the HP Cloud and here is your password’.  You type in your password and then you see your application waiting for your data, in the cloud. Now you will need to submit your input data like the geometry and the physics of your design, and after you sent it you just push the “Run” button. Then your job is running as if it were running on your local workstation.  No difference, everything is prepared, it’s pre-packaged and ready to run, the software license is sitting there for 24 hours on 32 cores.  .  The result is, that instead of one or two weeks to get your application up and running in the cloud, it now takes only one or two minutes to get up to speed.

Wolfgang Gentzsch is president and co-founder of the UberCloud Community and Marketplace for engineers and scientists to discover, try, and buy computing on demand, in the cloud. And he is the Chairman of the International ISC Cloud Conference series. Previously, he was Advisor to the EU projects EUDAT and DEISA, directed the German D-Grid Initiative, and was a member of the Board of Directors of the Open Grid Forum, and of the US President’s Council of Advisors for Science and Technology, PCAST.