At a hackathon hosted by Bayes Impact, data scientists pitted against each other to develop data driven and implementable software solutions for high impact social problems. The winning hack will become a Bayes Impact project, staffed with full-time data scientists and engineers who will work with their partners to bring the hack to life.

Co-hosted by Jerry Yang’s AME Cloud Ventures and Joe Lonsdale’s Formation; more than 100 data scientists, engineers and designers at the OpenDNS headquarters were given 24 hours and access to a large amount of data to create an app for a social cause.

The winning hack was a web app that detects prostitution rings by monitoring where adult ads are posted. The team used data from Thorn, a nonprofit that aims to fight child sex trafficking with technology. In second place was a web app that used medical data from the Food and Drug Administration to predict interactions between prescription drugs, even if the combinations have never actually been tested.

A team of Facebook employees, who called their project Out For Justice, developed an app that used crime data to better prioritize 911 calls and place patrol cars for the San Francisco Police Department. Their project won third prize. (source: mashable)

Facebook behavioral economist Alex Peysakhovich said ‘s very impressive that people took this huge data set and did something crazy with it and said ‘here’s something useful you might want to know.'”

Jeff Chung, a principal at AME Cloud Ventures who was on the judges panel, said he thought data projects come out of the competition more fully realized than those at a conventional hackathon.  Chung said the projects showed a surprising amount of range, given that many were based around the same sets of data.

“The data hackathon may seem like it may restrict the products that come out of it because you are setting a foundation, but it’s really interesting to see how people see things differently,” Chung said.

Andrew Jiang, Paul Duan and Eric Liu, the three founders of Bayes Impact, are entrepreneurs come from diverse backgrounds. The engineer, data scientist, and investor had previously worked on or analyzed investments in some of the toughest problems facing all technology companies in the Internet era — how to get more people to click on more stuff.

But in recent years they’d turned their attention away from advertising click-through and to other issues, like criminal justice reform, fraud detection among micro-lending platforms, and better and cheaper research into some of the potential causes of Parkinson’s disease. Andrew said the founders first discussed the idea behind the nonprofit at another hackathon-for-social-good hosted by Paypal in April. Jiang said the founders saw a potential for data scientists to use their skills to improve nonprofit efforts that wasn’t being realized.

It was their belief that the data science which allowed them to move more units could be focused on pressing problems facing civil society, and as with click-through rates, someone would hit on a solution.

“We don’t do this as a service for this or that organization,” says Duan. “We focus on one area and come together to say how can we make this issue better as a whole.” 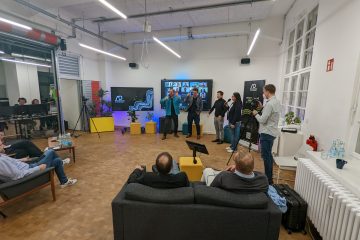 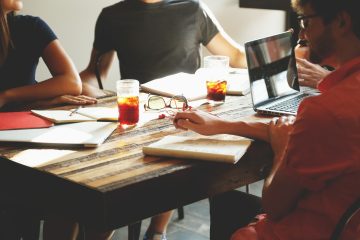