Cortical.io, an Austrian startup whose tech mimics brain function to process language more accurately and natively, have just announced an impressive new funding round. Reventon (NL) is a venture capital firm responsible for this considerable boost to Cortical.io’s coffers. With the new funding, cortical.io already have grand plans on how to bring their game-changing technology to a wider audience.

Discussing the business opportunities their signature technology unlocks for enterprises, Cortical.io’s Founder Francisco de Sousa Webber stated: “The beauty of Semantic Fingerprinting is that it is simple and intuitive, while working for any language. With cortical.io’s Retina, the language barriers disappear: anything that can be expressed with words like product descriptions, LinkedIn profiles, Twitter messages, news or business documents can be seamlessly compared, filtered, classified, based on its meaning. People can be matched with products and with other people, content can be augmented automatically with rich meta-information and the amount of double work in enterprises can be limited by spotting existing information resources. This opens a new era of truly intelligent applications in domains as different as Enterprise Search, Media Analytics, Business Intelligence, e-commerce, Social Networking or even Intelligence and Security. “

Their plans with the new growth capital are threefold. First, they are launching an offering on Amazon Marketplace within the next two weeks, allowing businesses to incorporate the technology into their cloud environments. They will also pilot subscription packages in their public cloud early next year.

Second, they are expanding their cross-language capabilities. Their technology can currently compare nine languages, including Spanish, Russian, Arabic and Mandarin, and they have an additional fourteen languages in the pipeline, with Dutch, Japanese and Czech coming next.

Third, they will be partnering with Numenta- whose work on sparse distributed representation sparked the genesis of cortical.io– to continue the development of groundbreaking NLP products, based on the research of the two companies. The fusion of the two technologies will enable applications for sentiment analysis, automatic abstracting and AI dialogue systems.

Cortical.io’s plans to bring their groundbreaking research to wider public attention are certainly ambitious; we’re excited to see what comes next for the young and bold venture.

Visual Cues in Big Data for Analytics and Discovery 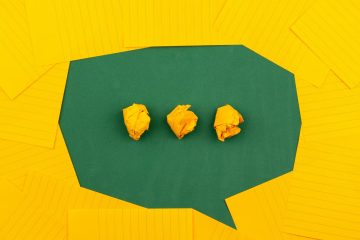