This week, we have started answering some key questions that seem to be popular among our readers– what is deep learning, for example, and which videos should I watch to learn something substantial about the topic? We hope that they provide a great basis for you to delve further into the field. Also, if there’s anything that is missing — your favourite Youtube clip, or areas of interest that you’d like to learn about — feel free to drop us a line!

Aside from this, we have a fantastic array of industry news. We saw that a recent study suggests that data scientists in the UK are “exhibiting high levels of work-related stress”, with 27 percent of male data scientists saying they were “mildly stressed” and 25 percent said they were “heavily stressed.” We also saw more funding stories, including Zoomdata picking up $17M in Series B Funding and SolidFire receiving $82M in Series D to bolster long term growth and increased profitability.

In sum, an eventful week! Take a look at our selection of top stories and news below.

Whether you’re entirely new to the field of big data, or looking to expand your machine learning knowledge; whether you have 3 hours or 3 minutes; whether you want you want to know more about the technology, or the high-level applications- this list is a sample of the best Youtube has to offer on big data. Hit play, and enjoy a time- and cost-effective way to continue your big data exploration.


The field of data science has been overcome by buzzwords over the past few years. Such words often start as potentially powerful and revolutionary ideas, but through overuse and miscomprehension lose their potency. One of the terms within the field of data science that is adhering to this trajectory is deep learning. We’ve heard it used as a synonym for machine learning. We’ve heard it described as “the future”. We’ve also heard it described as a meaningless “buzzword for neural nets”. Aside from the fact some of these descriptions are wildly inaccurate, none of them bring the listener any closer to understanding what deep learning actually entails.


Apple is rolling out a new app, “Health”, which it calls “an entirely new way to use your health and ﬁtness information”. The company’s foray into personal consumer healthcare is a sign of the growing popularity of the “quantified self” movement, which encourages individuals to collate data on their personal activity, consumption and other variables.

The raft of expectations and requirements of new big data tech coming to market continues to grow and grow. They’ve got to be fast. They’ve got to be scalable. They’ve got to handle key business metrics, such as growth, retention and churn. One solution which meets all these needs- and launched into public beta today- is Interana.

This year’s meeting will take place in the beautiful and historic city of Newport, Rhode Island, at the Hyatt Regency Newport Hotel & Spa. The hotel is surrounded by Narragansett Bay, next to the famous Newport marina and boasts extensive grounds and facilities including a swimming pool, Stillwater Spa and close proximity to the famous Newport National Golf Club. For a full line of speakers, check out the post here 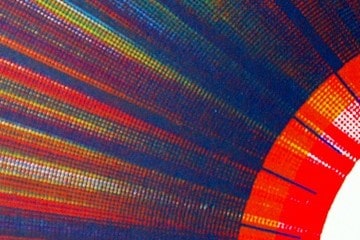