I was recently dared to register for an online dating account, and just to prove that I’m not actually an asexual library hermit whose love affairs will only ever be with Tolstoy and Tennyson, I did it. Unfortunately, my love affair with OkCupid was short-lived; I was about to exit the site altogether before the button “Boost Profile!” caught my eye. Intrigued, I clicked on the category for ‘10 Boosts’, and this showed up:

“With extra momentum in our algorithms, we’ll show you to more people, faster. Pay an extra £1.05 per boost!”

Wow. I can now pay to have an algorithm tweaked in favour of my chances at love. Talk about technology taking leaps and strides. But all jokey cynicism aside, my mini-foray into online dating got me thinking about how big data facilitates for easier access to sex, love and matchmaking, and whether this heralds a positive turn for human connectedness. Does it foster a hook-up culture, or does it actually help create more modern-day fairytales? Admittedly this is a subject done to death by data scientists, hip journos and most recently, the matchmaker extraordinaire himself – Christian Rudder, cofounder of OKCupid and author of Dataclysm: Who We Are (When We Think No One Is Looking).

But I’m here to specifically address two common concerns about the role of big data in online dating, and hopefully debunk them in my arguments below.

First, we must establish why big data works better than personalised matchmaking services. Remembering what Viktor Mayer-Schonberger said, big data is something that “transforms figures into something more probabilistic than precise. We often need to embrace messiness when we increase scale”.

In the context of online dating, ‘messiness’ is a virtue, because it implies that one can meet more, rather than a limited (albeit meticulously selected), pool of potential partners. In light of Banko and Brill’s discussion on the trade-off between corpus development and algorithm development, Plenty of Fish’s business model is successful mainly because Markus Frind, the company’s CEO, focuses on its corpus development by ever-expanding its database (i.e. increasing the number of sign-ups). Yet that’s not to say algorithm development isn’t just as important. In fact, while the former may be the best way to boost the total membership count (As of 2013, Plenty of Fish has 55m+ members, with OKCupid and Chemistry coming in a distant second at 30m), it is the latter that will convert free members into paid subscribers and keep users coming back to the site for more, hence sustaining a steady revenue flow. But is online dating really such a win-win situation for both businesses and users?

Currently, there are two main arguments against relying on big data as the new matchmaker of our age, and here’s why they are problematic:

In Dan Slater’s Love in the Time of Algorithms, the author suggests that the idea of romance as “a supernatural force existing outside of conventional social institutions” only gained currency with the rise of Romanticism in the late 18th century, which marked a tectonic shift in the way people perceived courtship and marriage as individual, rather than social, acts. The human search for a companion became a hero’s quest for the sublime, and with this elevation in concept came idealistic expectations about finding the ‘one, true, everlasting soul mate’.

Enter online dating, and the digital generation is now being asked to cast this mindset aside, and to instead see mating through a more neutral, pluralising set of lens just as they would of shopping or decision-making in general. The anti camp would cry foul at how big data reduces everyone to the sum of their profile, and that individuals are now no better than items stacked on supermarket shelves, catalogued and slotted into neat thumbnails ready for the prospective dater to ‘pick ‘n mix’. This goes against the principle of ‘fate’, they say, and the very idea that love should be engineered is sacrilege.

But what if I were to argue that different times call for different measures, and for millions of urbanites who work round the clock and have little opportunity or time to venture beyond their typical environment, targeted search is likely to be a lot more effective in spotting ‘the one’ among many. Let’s take a more radical step: What if I were to de-romanticise romance and say that finding a romantic interest is really not all that different from finding an online tutor or a hair stylist? In all cases, we’re concerned with finding a suitable person who we’d then peg our hopes on and (hopefully) develop an interpersonal rapport with. Obviously the depth and duration of such connection will differ, but the goal remains unchanged: we want to find that eligible someone who will ‘fit’ our bill, and the use of big data allows us to do so “within any given pool…matching up potential pairs” in a way that is “as efficient as possible, getting you what you say you want, or what the data reflects that you seem to actually want”. If anything, it’s catalysing and increasing human connection on an unprecedented level in history. The Romantics will hold on to the principle of data and technology having no place in the ‘soul-searching’ process, but in this day and age, this sort of Luddite argument can no longer stand its ground against the power of efficiency and effectiveness.

2) With more choices, people will treasure their relationships less

According to Slater, most of the dating executives interviewed for his book agreed that “the rise of online dating will lead to an overall decrease in commitment”. This is not only a crude appropriation of Barry Schwartz’s ‘Paradox of Choice’ theory, it also tars all of the users with a cynical and generalising brush.

To illustrate with an analogy: say I were presented with 10 doughnuts of various flavours, and because I only really like chocolate, I’d naturally pick the chocolate-flavoured one. Would I then be any less committed to eating what I picked because I had to forgo the other strawberry- lemon- or vanilla-flavoured doughnuts, all of which I was never interested in from the outset? The same logic applies even more so for dating, because once I’ve established that someone fits my bill, virtually no one can replicate this person. Big data may open up more choices for us, but this increase isn’t a de facto license to philander, and if we think about the increase in options not as an end in itself but rather as a more effective means of narrowing down that ‘special’ someone from a larger pool of possibilities, then this claim holds very little weight.

Moreover, easier access to more profiles doesn’t necessarily mean easier access to the owners of these profiles. What if they don’t respond to your messages/just aren’t interested/think that you’re weird for listening to Frank Sinatra? There are still multiple hurdles to overcome before one can successfully communicate with another user, let alone develop an actual relationship with him or her. As Alex Mehr, cofounder of Zoosk, puts it aptly, commitment is ultimately “a personality thing”, and “online dating does nothing more than remove a barrier to meeting”. The bottom line is, unless you’re an unfeeling douche or a womaniser at heart, it’s really not that easy to be cavalier about relationships just because the possibility of more romantic options is suddenly made open.

Ultimately, choice can be a blessing or a curse, and what will come of online dating depends on how we use it. So instead of seeing data as an underground Pandarus manipulating the course of love, perhaps it’s high time we openly embraced it as the digital Cupid of our era.

Jennifer Chan is currently an English Literature finalist at the University of Oxford. She has taken up many editorial roles, having been the online editor of The Oxford Student, one of the two major newspapers on campus; the economics editor of The Oxonian Globalist, an academically-oriented journal on international affairs; and the editorial assistant of the 2014-5 Oxford University Careers Guide. Jennifer is passionate about exploring the relevance of Big Data to the ‘every man’, gauging the function that data analytics may play in the equalisation of education, and familiarising the public with this concept through examples drawn from daily life.

Social Data Gets Sticky: The Ethics of Big Data in Research 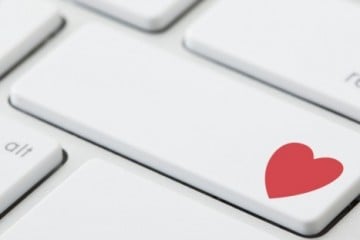