We have a great lineup of news and articles this week for all you data enthusiasts. Firstly, a new survey from Gartner has shown that 73% of company’s have already invested or plan to invest in big data within the next 24 months, compared to last year’s 64%. We also saw a number of funding rounds, with CrowdFlower and Instaclustr securing a sizeable $12.5M and $2 million respectively. Aside from news, we had some great guest posts this week on Netflix and Big Data (courtesy of Harsha Hegde), and 5 tips on how to maximise the value of your marketing data (courtesy of Jeff Winsper). All in all, a busy week! Hope you enjoy — below are our top stories.

Machine learning- to put it mildly- is an incredibly broad and varied field, with multitudes of applications. Thus, writing a list entitled “10 Machine Learning Experts You Need to Know” proves challenging for a number of reasons. If you have a burning desire to tell us who else should’ve been included in this list, please feel free to leave names in the comments.

“Data science is following this same anti-pattern of the teams that didn’t get the Kremer Prize: come up with brilliant ideas, painstakingly move them out to the real world, watch them fail, and then slowly start the brittle process anew.”

Amazon is a big data giant, which is why guest poster Bernard Marr chose to look at the company in the second post of his series on how specific organisations use big data.

Following on from this morning’s announcement that Scotland would remain united with England, see how Bing used sentiment analysis to correctly predict the outcome.

Business intelligence and database analytics startup, RJMetrics has secured $16.5 million in Series B funding. The round was led by August Capital, with participation from existing investors Trinity Ventures and SoftTech. Eric Carlborg from August Capital will join the ranks of RJMetrics board of directors.

With the increase in the usage of internet services, request for user information by Governments and courts has been steadily rising. In the wake of last weeks revelations about Yahoo’s secret legal battle with the US NSA, over customer data, latest is Google’s biannual Transparency Report which reveals the number of requests made to Google from various governments in six-month periods with certain limitations. 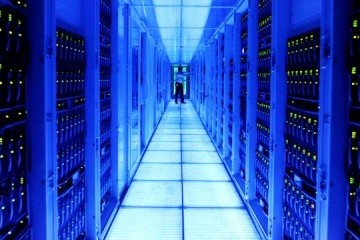