Regardless of the outcome of today’s Scottish Independence Referendum, today is a landmark event in Great British history. Within the next 24 hours, Scotland will vote to decide whether or not to dissolve their 307-year-old union with England. Opinion polls have suggested the vote is too close to call; different polls have disagreed about whether or the “Yes” camp or the “No” camp have the edge, and either way the results have fallen within the margin of error.

But widespread ambiguity hasn’t stopped Bing from confidently proclaiming the “No”s have it. They’ve been using their tool, Bing Predictions, to mine sentiment towards the referendum across the web, and locked the results yesterday, at 48.7% Yes, 51.3% No. The tool has previously predicted the winner of American Idol 8 weeks before the show’s climax, all 15 elimination rounds of the World Cup and the NBA Amateur Draft. Of course, as they wisely point on their blog, the Scottish referendum vote is pretty distinct from these events, given it’s a once-in-a-lifetime historical event, and not a straightforward contest of skill or personality. The blog states:

The key differences [between predicting the referendum and American Idol] are that (1) individuals are more likely to freely share their true opinion on their favorite Idol contestant than they are on their political view in a public forum like Twitter and (2) eligible voters don’t perfectly overlap with users of the web (e.g. a 12 year old can call in their Idol vote and Tweet about it but cannot vote in the referendum; the same goes for a non-Scotland resident in this case).

The blog doesn’t expand on whether they managed to filter out non-eligible voters with a degree of accuracy.

The “Bing Predicts” algorithm (which is currently in beta) aggregates pro-Union and anti-Union phrases, as well as identifying neutral keywords, to identify potentially undecided voters. The algorithm has been showing that the “No” vote has the edge for the past couple of days, but it’s worth noting that the margin was on the decline; on the 16th, Bing predicted 51.9% would vote “No”; yesterday, when they locked the update, it was down to 51.3%.

On a slightly lighter note, Bing also released the most-searched-for concerns of the Scottish people relating to the referendum;

They might be left without banks, currency and EU citizenship, but what will become of Scottish open golf?! Scotland asking the questions the world is thinking, folks.

This referendum really does seem too close to call, and the only way to know for certain is to keep your eyes peeled on the live-update blogs, such as The Independent’s, when the votes start coming in at 10pm GMT this evening. 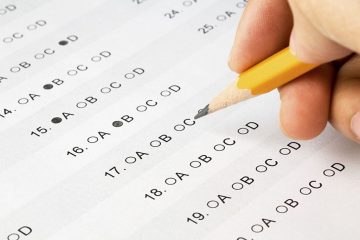 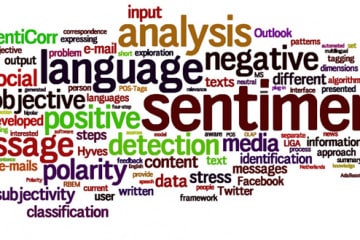