Darwin never actually said the following quote, but it’s truthy so I’ll use it:

It is not the strongest of the species that survive, nor the most intelligent, but the one most responsive to change. —Darwin-ish

I was watching a talk by Josh Wills the other day. He was applying Lean engineering concepts to data science. To illustrate how important rapid learning is, he told a story about the team that built the Gossamer Condor and won the Kremer Prize for human-powered flight. They won because they failed more repeatedly than their competition. I’m sure their competition was brilliant, and they definitely had several years head start, but they lost because it took them maybe a year to iterate from design, to build, to test flight, to crash and destroy, and go back to design again. The Gossamer Condor team’s breakthrough insight was this: if the Condor could be repaired and improved in days, then they’d test 100 designs in the time their competition tested 1.

50 years on, and data science is following this same anti-pattern of the teams that didn’t get the Kremer Prize: come up with brilliant ideas, painstakingly move them out to the real world, watch them fail, and then slowly start the brittle process anew. This would be a problem for any profession—the faster you can iterate, the faster you can learn, and the more problems will be solved—but it is an especially pressing problem in data science because there is a huge shortage of data scientists, so inefficiencies mean that many critical problems are not getting solved.

What can we do about it? Luckily, software engineering, which is a sister to data science, has been working through these problems for the last two decades and has some pretty good patterns to build from. Devops is the area of software engineering concerned with moving software from development to real-world use quickly and safely. Devops lets software engineers try more things, and therefore learn faster. Here are the pieces I believe are necessary for data science:

It’ll take some work, but I believe Devops is the next crucial frontier for Data Science—a massively underrated piece of this rapidly changing discipline.

Yes, I cofounded a company, Mortar, that amongst other things addresses these problems… because I think they are so important to solve.

K Young has been CEO of Mortar Data since 2010. Mortar helps data scientists and data engineers spend 100% of their time on problems that are specific to their business—and not on time-wasters like babysitting infrastructure, managing complex deploys, and rebuilding common algorithms from scratch. Mortar’s platform runs pipelines of open technologies including Hadoop, Pig, Java, Python, and Luigi to provide out-of-the-box solutions that can be fully customized. Prior to founding Mortar Data, K built software that reaches one in ten public school students in the U.S. He holds a Computer Science degree from Rice University.
Tags:data scienceDevopsGossamer CondorK YoungKremer PrizeMortar DataWeekly Newsletter
Previous post 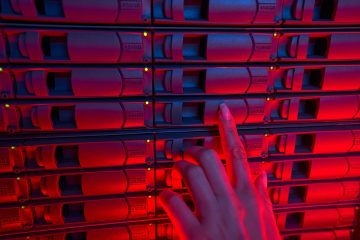 Is your data “normal” enough?