For Amazon Web Services, with ballooning volumes of data come the need for data centres; and lots of them.

Recently revealed through a string of articles in newspaper dailies, Amazon is raring to invest up to $1.1 billion in a data center complex on 68 acres of land at Dublin, Ohio’s West Innovation District.

“It has the potential to attract and create an information-technology supply chain, continuing to solidify Dublin’s position as a leader in this business sector,” explains the Dublin Development Director Dana McDaniel. “The project will bring significant investment in facilities, equipment and critical infrastructure in the form of fiber optics and broadband expansion.”

Although McDaniel has remarked Amazon are “constantly looking for opportunities to expand our geographic coverage,” he believes Amazon’s immediate future lies in Dublin.

The City Council will vote on the proposal on September 22nd. With a projected workforce of 120, the project would reap benefits such as free land worth $6.8 million, site improvements such as water and sewer lines and roads, and tax incentives for Vadata, a subsidiary of Amazon that runs data centers for its AWS cloud web hosting division, the entire package totaling to $81 million, according to the Columbus Dispatch.

Amazon Web Services has ten data centers, four of which are in the US, assisting enterprises such as Pinterest, Coursera, Flipboard, Netflix, Reddit, FastCompany, to name a few, host applications in the cloud.

The US Has $12.9 Million Unaccounted For- This Infographic Explains Why 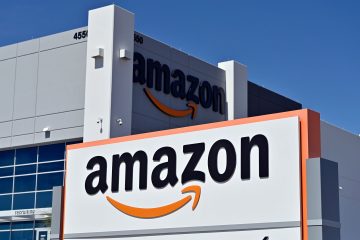