A recently released study is challenging America’s political narrative about the consent of the public toward the use of drones as instruments of modern warfare.

Up to now, the picture drawn by opinion polls has suggested a very positive domestic opinion of drones, which has also influenced administrative decisions and policy-making regarding their use. In a speech at the National Defense University in May 2013, President Barack Obama outlined the major advantages of drones: A considerably lower number of soldiers actually being deployed, and the decreased level of scrutiny for the government that comes with this reduction of troop deployment. The popularity of drones had been derived from public opinion polls, but the validity of these polls had barely been questioned, until now.

The study’s findings suggest, that even though drone operations are highly accepted in general, accounts of their civilian victims strongly diminish this consent. This applies both to an approach questioning who is a justifiable target, as well as one that is centred around collateral damage which where both tested out in different treatment groups. Opinion polls usually disregard this factor, as they only ask for the individuals opinion on the use of drones to specifically eliminate terrorists. Including information about the number of civilian deaths as collateral damage more than halved the number of supporters. Another surprising outcome: Foreign civilian casualties are of greater effect to the support for drone operations than those in American military or a possible failure of the mission. This is closely connected to another one of the study’s findings regarding the expected precision with which drones operate. Expecting drones to eliminate specific targets more effectively, the responses showed a stronger compassion towards civilian victims than in the case of low or moderate precision bombings. This factor raises more criticism of the attacks themselves and the question of proportionality becomes more pressing, contesting Obama’s assumption that drone attacks need less justification towards the public than classical interventions.

Overall, the lack of emphasis on civilian casualties in American mainstream media appears to be the main cause of the disproportionate domestic consent with the use of drones in the U.S. compared to other countries. These new observations are especially interesting considering the current situation in Iraq. Should drones be used to fight ISIS and if yes, how is this operation to be carried out? It might also result in a stronger focus on preventing civilian casualties, such as making offensive moves before ISIS reaches more densely populated areas. What becomes clear from this data is that the American public is in need for more, not less transparency about military involvements, especially such including drone attacks, not less. 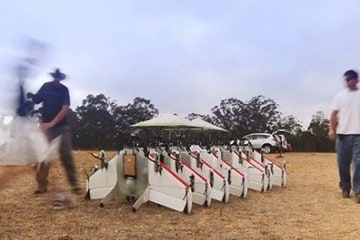 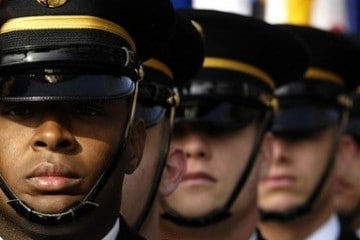