Martin Spindler is a consultant and thought leader on the Internet of Things and the Future of Energy. He is the founder of the Internet of People, a global consultancy network which offers services aiming to make sense of the rapidly shifting environment of increased connectivity and ubiquitous digitisation. View his personal blog here.

If VCs are talking about your industry, you know that the game is about to get hot. So I follow with a certain amount of curiosity how VCs talk and write about the Internet of Things. The recent discussion I see with the folks from a16z and USV is intriguing.

Another question is where the value sits – which really means where the ‘smart’ part sits. There’s no one answer here. In some cases it seems pretty clear that the connected thing itself is just the end-point for a siloed cloud service – a diagnostics module in a boiler, or a smart meter, for example. You might even have no actual end-user interaction at all. A Nest is somewhere in between – how much comes from the stand-alone device and how much from the cloud? A Chromecast or Apple TV adds ‘smart’ to a TV, relegating it to dumb glass, but it’s really the smartphone or tablet that has all the intelligence to drive it, with the cloud playing the part of ‘dumb storage’. The same may well happen to cars.
The Internet of Things — Benedict Evans

There are tremendous cost benefits to using compute cycles and storage on smartphones or in the cloud. The old timesharing model lives again. And, as Benedict touches on, it will be easier to connect all the intelligence coming from these “things” in our lives if the data and the compute cycles are in the same place. So my bet is that most “things” will be dumb and the smarts will be in the phone or in the cloud. At least that’s what I woke up thinking about today.
-AVC

Interestingly, this squares incredibly well with a talk I’ve just given at ThingsCon which was abstractly titled: »Mind the gap, please. Connected products and their context.«

Mind the Gap, Please. Connected Products and their Context from Martin Spindler

I do believe the question of where to place the smarts with Connected Objects and The Internet of Things* is going to be the crucial one. This question will in no small part whether Startups and Incumbents will succeed with their products or fail, as the answer to this question will showcase the degree to which they themselves understand their customers circumstances.

I don’t fully buy into both Ben Evans’ or Fred Wilson’s vision, but they give a good perspective. Given the different replacement cycles, it’s a recommendable choice for a lot of applications to defer the actual computing to objects with more power and faster churn rates, namely: smartphones and server farms. And there’s no question that “Cloud” will play a distinct role in the ecosystem and the products we see emerging. But even there, as exemplified by Cisco’s latest push towards “Fog Computing” we see a tendency to put more emphasis and compute power onto and into the network edge.

The smarts will ultimately not end up in the cloud only – after all, Metcalfe’s Law only holds up if the nodes have at least fractional compute power (or Authority) – but putting too much emphasis on the individual device might seriously hinder your chances in an environment where you need to provision devices for lifespans of upwards of a decade.

This article was reposted under the Creative Commons License from mjays.net 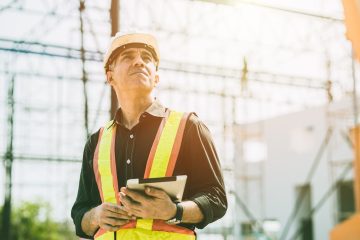 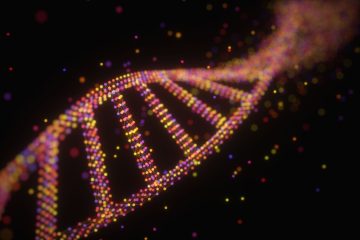