The San Francisco 49ers recently opened their new $1.2 billion Levi’s Stadium in Santa Clara, which can seat 68,500 fans. They’ve also devised a novel way of finding out more about who exactly is filling those seats- a fan engagement programme called the Faithful 49, which offers fans exclusive incentives like tickets to sold-out games and lunch with the players in exchange for one thing- their personal data.

“This is not only providing fans with a fun way to engage with the team and compete with one another,” Chris Giles, 49ers director of business operations, told Silicon Valley Business Journal. “It incentivizes them to report activity and preferences and those sorts of things.”

The privacy policy for the programme upholds the right of the 49ers to share the fan data garnered “with our owners or any of our affiliates and with all other members of the NFL Family.” The data fans provide can be anonymised, aggregated and shared “for any reason at our sole discretion”.

What 49ers fans get in return for their data (click to enlarge); source

How exactly are the 49ers going to benefit from these unique insights into customer behaviour? Julia Jacobson, a partner at the law firm McDermott Will & Emery and data privacy specialist, explains. “The most concrete and the most lucrative use of fan data for any sports team is to prove to advertisers that they have a fan base,” she remarked. “They take their audience, they slice and dice it, they figure out how to make the SAPs or the Levi Strausses — the deep-pocketed companies — pay $10, $12, $15 million a year.”

The NFL launced a similar initiative last year in conjunction with Twitter, which allowed fans “to engage with customized NFL video content”. The tool also offered fantasy football advice, tapping into an increasingly lucrative market which is valued at $4 billion.

The 49ers ranked 12th among 32 NFL teams for fan engagement during the 2012 season. Perhaps the opening of their new stadium and the power of big data are the perfect ingredients to move them up the rankings.

Are Apple's Recent Acquisitions a Sign of the Company's Lack of Innovation? 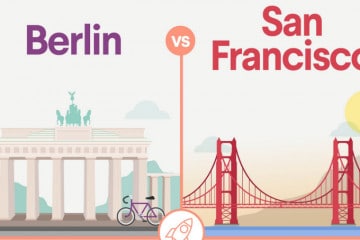