America has once again hit the headlines for using the latest technology to clean up its streets. A few months ago, we reported on how the LAPD are using sophisticated algorithms to predict crime before it happens, garnering comparisons to the Minority Report. Now, NYPD are going Terminator- there officers are trialing Google Glass to help them fight crime.

As the technology advances, they hope the glasses’ interface will be able to bring up a suspect’s whole life story- allowing warrants and criminal records to flash up before the cop’s eyes, and identify suspects on the screen as they patrol the streets. A source told the New York Post, “If it works, it could be very beneficial for a cop on patrol who walks into a building with these glasses on. It would be like the Terminator. You walk past somebody and you get his pedigree info if he’s wanted for a warrant right on your eye screen.”

“You can identify the bad guys immediately within seconds.”

These capabilities may seem impossibly futuristic, but Google Glass already houses an app which allows you to take a picture of someone you meet, find them on social media sites. As the new technology develops, we will closer and closer towards this Robocop reality.

Although Google Glass memory is still limited, another use they have been considering is video-recording interactions with suspects and members of the public, reducing he-said-she-said witness reports.

12 federal departments in Massachusetts have also expressed interest in trialing Google Glass in their work.

Representatives from Google have maintained they are not directly involved in the use of their technology in law enforcement. The technology is available in beta to any U.S. citizens over the age of 18 who can foot the $1,500 bill. 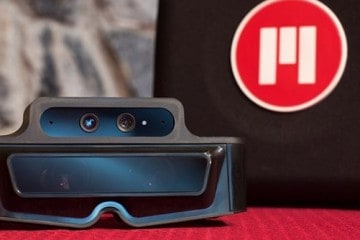