We’ve talked alot of the the potentially nefarious uses of big data, but few would argue that when it comes to health, data is a powerful and benevolent tool. This tool is being to use at Mount Sinai hospital, where Doctors have developed an associative memory engine which can diagnose heart diseases better than humans.

They’re machine learning techniques in an engine developed by Saffron Technology to analyse a single heartbeat. Although this may not seem like a grand time frame, during this single moment 10,000 attributes from 90 different metrics are collected. The associative memory engine can then trawl through this dataset to find the signal in the noise, even managing to diagnose asymptomatic patients.

HealthITAnalytics recently spoke to Dr. Partho Sengupta, Director of Cardiac Ultrasound Research and Associate Professor of Medicine in Cardiology at the Mount Sinai Hospital about their pioneering research. He explained their initial tests involved differentiating between two diseases: “cardiomyopathy, which affects the heart, and pericarditis, which masquerades as if the heart is involved, but actually the heart muscle is not involved. Both diseases present with heart failure, and patients are very complex in their assessments.” One requires surgery and the other requires medical management, so getting the diagnosis right is crucial.

Up until this point, differentiating between the two diseases was reliant on a Doctor’s intuition. But with the natural intelligence platform, they hoped to take the guesswork out of the diagnosis, and discover characterstics and patterns in the dataset to distinguish the two diseases.

The main challenge, Dr. Sengupta highlights, is that “the data is scattered everywhere. It’s in the EMR, but everything is still in siloes. So either you have to make an effort to look in the EMR, then look into the e-measures, which may be existing on another system, look at the PACS system, and the himself patient is somewhere else.” But the associative memory platform was able to ingest all of this data and find signals which could differentiate between the two.

The results were staggering. The initial pilot phase with Dr. Sengupta’s statistical algorithms had a 73% availability to differentiate between the two diseases. By the initial pilot run, this had risen to a 90% availability without any human intervention, drastically reducing the risk of misdiagnosis.

Moving forward, Dr. Sengupta is excited about the model’s application for different maladies. “For example, diabetes can produce some very early changes in the heart muscle which the patient doesn’t even know about. He’s completely asymptomatic,” he states. “You might have a signal present in this big data, but you might not be able to discover it on your own. You might not even really be looking for it, but when you process it through a complex analytics engine, you might be able to come up with some kind of signal that will show the early disease state.”
“That’s kind of the vision. I think it would be really terrific to have a forecasting model, so then this patient has such risk factors, goes into the hospital for, let’s say a knee surgery, what are his chances he’s going to develop a heart attack when he comes out of the surgery? That’s the kind of the risk modeling we’ll be very interested to develop in the future.” 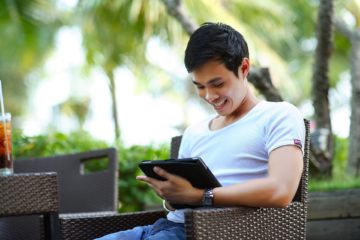