We met with Toby Rush, the CEO of Eyeverify, at the Finovate conference in San Jose. Toby is a 13 year mobile and wireless veteran. As founder and CEO of two mobile ventures, his deep expertise in imaging, sensors and mobility gives him early insight into the trends and technologies impacting consumers and the enterprise. Prior to his two startups, EyeVerify and Rush Tracking Systems, Toby led the product development & QA for SAT Corp, a venture funded mobile software company. Toby also started and led the MobilEdge practice group for BSI consulting. He started his career with Accenture deploying SAP enterprise systems.

Who are you and what do you do?

EyeVerify is a technology startup focussed around identity and authentication. Specifically, what we’re doing is using existing camera’s in smartphones to image and pattern match the blood vessels in the whites of your eye and replace the hassle people have with entering passwords.

So what we have is a two-factor solution. We encrypt the template to the device which means that the token has to be on the device and your eye has to be present. Two step authentication with high security, but none of the hassle associated with lengthy passwords.

Is every eye print unique?

It is! Every eye print is unique. So we are part of the vein biometric modality. So there are other vein-based biometrics in your hands, palm and finger. EyeVerify is looking at the only visible vasculature on your body, which means that we can use the regular cameras on your smart phone without added the added hardware.

How technically sophisticated is this entire process for authentication?

As far as the complexity goes, there is a mountain of math, science and physics underneath all of this. It was actually far more complex and difficult than we thought. As any startup, it takes a lot longer and more money than you think.

Amazingly, however, the technology we have built can be used with a 1-megapixel camera front facing camera – which was what most devices had a couple of years ago. Now most camera’s average around 2 megapixel’s and because of the selfie, and I mean this quite literally, we see front facing camera’s that go up to 12 megapixel’s. Of course the better the camera, the better we’ll work.

Does the technology work differently for iOS than it does for Android?

When you get into the optics world, megapixel is not the only thing that matters. While the sensor may be eight megapixel but the lens may be poor quality, which means that the image quality wont be fantastic. Both work together and that’s what Apple have done particularly well. Their one-megapixel camera is often better than a two-megapixel camera that you’ll find on some Android devices. So the challenge has been to adapt to the quality of the lens’s people tend to choose.

How long has EyeVerify been around?

We started 2 and half years old (January 2012) and it’s taken us almost two years to get to market. We tried a couple of times but it wasn’t fast, accurate or easy enough. We started with the back facing camera and realised that it was simply not going to work. We knew the idea was great but just had to rethink how we’d overcome the problem. We then worked tirelessly on the technology and making it compatible with front facing camera’s and now think the world is ready to receive this.

Why would companies choose EyeVerify?

Well, in the authentication space there is face recognition, voice recognition, eye print, fingerprint and iris. The problem with Iris and fingerprint is that you are limited to a number of devices and at the mercy of the hardware allows you to do. Software is really where the flexibility and scale is at.

Software-based biometrics include: voice, face and eyeprint. Face has never really been accurate enough and as authentication it will take a long time to be as good as it needs to be. Voice reconigition could work but background noise is a problem. More poignantly, you have to speak your password out loud, which makes it not discreet enough.

Really this leaves eye verification as the only viable alternative and we’ve created a two-step process with a simple method. That’s why EyeVerify is unique.

I assume the year of the selfie plays into your hands?

It’s both hilarious and amazing. We never saw this coming; when were asking about a year ago how long it would take for really good front facing cameras to explode and we thought two-four years was a reasonable prediction. But because of the selfie, there’s a whole bunch of OEM’s that are front loading now and coming out with incredible front facing camera’s – it’s all because everybody is committing this action. They require very little light and the quality is great, all of which is great for us.

We will likely launch with two smart phones OEM’s this year to unlock their phones.

Will this technology work on other devices in the future?

We’re not focusing on that at the moment. However, we think its possible the phone will become a much more powerful tool to access different devices. So, let’s say my phone knows that I am the rightful owner, if I put my phone next to my laptop, why can’t my phone unlock my laptop? Or why can’t door and car open when my phone is next to them? Using the wireless sensors on the phone, I think in the future our credentials will be past on to other devices seamlessly. This is where I see a lot of technology heading.

EyeVerify Inc. is the creator of EyePrint ID™ – transforming a picture of your eye into a key that protects your digital life. Eyeprint ID is a highly accurate biometric technology for smart devices that delivers a password-free mobile experience and secure authentication at a glance. This patented solution uses the existing cameras on mobile devices to image and pattern match the blood vessels in the whites of the eye. 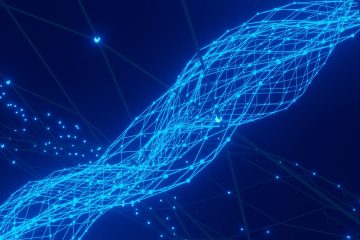