The Battle Between Oracle and SAP Continues

Oracle announced yesterday that it has launched its in-memory option for its Database 12c, which will be available within 30 days. Although the pricing has not been disclosed, the company said that it would release the official details once the Oracle Database In-Memory is generally available.

The announcement of Oracle’s in-memory capabilities will allow admins to store information in the memory of a server as opposed to being stored on spinning disks that can often be located far away from chips. Given that the performance of memory is considerably faster than disk, Oracle customers can retrieve and process huge amounts of data and “respond quickly to changing business conditions.”

Indeed, Oracle is not the first mover in this field. Rival company SAP has been selling its own in-memory technology (HANA) for number of years now and has grown to prominence, especially since HANA has become easier for companies to consume in cloud-based versions.

However, according to an article in the New York Times, Oracle may be an improvement over HANA. “Mr. Ellison demonstrated a machine that could analyze nearly one trillion rows of data per second, and hold 32 trillion bytes of data in memory. A process that had previously taken 58 hours, he said, now needed only 13 minutes.” Although, it must be noted, a process like this could cost a significant amount of money, and since Oracle has not released pricing options, it is unclear how it will compete with HANA. 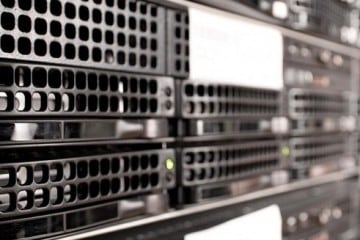 3 Key Factors to Migrate Your Database to the Cloud

The Battle Between Oracle and SAP Continues