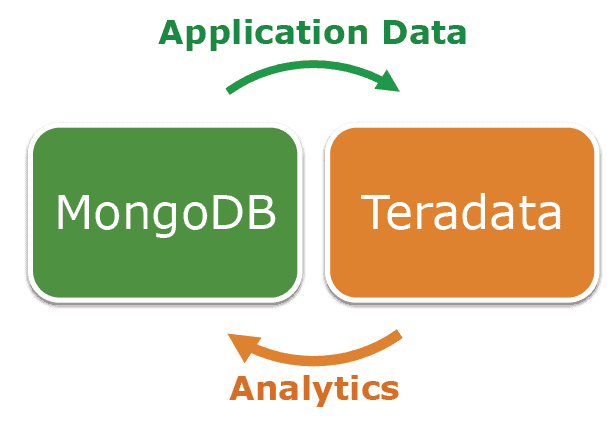 Teradata and MongoDB have annouced an alliance, and working on integrating their products to boost analytic workloads. The integration revolves around Teradata’s bi-directional QueryGrid connector, introduced in version 15 of Teradata’s namesake database, released in April. Teradata have already released a few QueryGrid connectors, with systems such as Aster, Oracle and Hadoop, and their connector for MongoDB is expected early next year. It will allow for integration of large volumes of JSON data from MongoDB into Teradata.

“Typically TeraData loads data on a batch or mini-batch basis,” says Chris Twogood, Teradata Lab’s vice president of product and services marketing. “Through the technology we’re working on together, you’re able to at runtime, or query time, say, I’m going to go grab some data from Mongo, and join it together in a query, so you don’t have a delay. You literally have the information as it was just processed in Mongo.”

The partnership was fuelled by demand from customers making use of both systems, who needed greater co-operation between the two. “Before, if you didn’t have this level of integration, you’d have to shred through the JSON objects, bring out all the data sets, invoke them and put them into rows and columns,” Twogood states. “You probably have an ETL server in the middle doing a lot of transforms. It just hits a lot of bumps…Because of the JSON data type support, we’re able to stream the data in.”

The increasing amount of partnerships across the big data landscape proves that there isn’t one single database solution that can do it all- something MongoDB’s director of product marketing Kelly Stirman acknowledges. “No one company can do it all, although there are some that might try. The reality is Hadoop is extremely good for certain things but it just isn’t good for other things. It just can’t be all things to all people. What you see in the Hadoop community across all the different distribution vendors is a strong effort to partner to simplify the end-to-end solution for joint customers. It’s very logical and normal that you’d use Hadoop and Teradata and MongoDB and they all have their rightful place and it’s up to other vendors to make that an easy thing for organizations to deploy and manage cost effectively and reliably and easily. That’s the opportunity for all of us.”

In a market without a one-database-fits-all mentality, increased integration amongst systems is going to be key in moving technologies forward.