Tableau Software announced yesterday that Tableau 8.2 is now generally available. The update will not only come with Story Points, a feature that allows companies to create stories through visualising their data, but will also be available to Mac users to have a fully featured analytics application on their devices.

“Mac users now have simpler and more seamless access to their data using this new version of Tableau Desktop. It’s specifically designed from the ground up to take advantage of the user interface and rich Retina displays that the Mac OS offers,” said Chris Stolte, Chief Development Officer and co-founder of Tableau Software. “Another key feature of this release is Story Points, which will help people add extra context, flow and guidance to tell a more structured story with their data.” With an array of BI companies claiming to make data easier for business users, the Tableau announcement will certainly have an impact on the amount of downloads it will receive — the ratio of PC’s sold to Macs sold has been declining for the past few years.

Tableau currently has 19,000 customers, the company said in a statement. Some companies that have tried the beta version of Tableau 8.2 include Allrecipes.com, the University of Washington Information Technology, and Audience Audit. Other Tableau clients include Deloitte, Tesla Motors, Cornell University and Barclays. 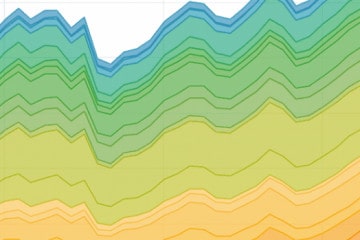