Sean has been MD UK & Ireland and Regional Vice President for Northern Europe for Qlik since July 2009. He has over 19 years’ experience in the business software industry, 15 of those are within Business intelligence.

Prior to Qlik, Sean was Regional Vice President and General Manager, UK, Ireland and South Africa for SAP Business Objects. He also lived and worked in Stockholm for four years whilst being responsible for Business Objects’ Nordic operations. During his tenure, he doubled the company’s revenue to approximately €30M per annum. He also achieved targets between 2004 and 2007, ranging from 105% in 2004 to 132% in 2007.

Before Business Objects, Sean worked at Crystal Decisions and Rockwell’s eCommerce division, and spent 14 years serving as a Commissioned Officer in the British Army.
As well as being a trained helicopter pilot, Sean also holds qualifications in Computer Science, Ammunition Technology and Logistics.

How publishers use AI to balance personalized experiences with monetization strategies 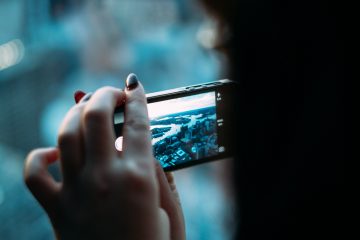 The Most Prominent Image Annotation Techniques And Their Use Cases

The Top 5 Industries That Can Benefit From Data Monetization