We met Sammy Shreibati, the Co-Founder and CTO of SaveUp, at the Finovate conference in San Jose. Prior to SaveUp, Sammy was the Director of Engineering at PrepMe, an education company dedicated to bringing high-quality, customized learning to students across the world. Sammy helped PrepMe grow from a bootstrapped startup in his garage to a venture-backed online education company. Sammy studied Electrical Engineering with an emphasis on computer design at Stanford University.

Can you tell me a little bit about yourself and what SaveUp is doing?

What we are doing is building a fun experience for people interested in their finances. SaveUp is based on this idea called “prizing savings”, where you save money and get a chance to win a prize. This started in the UK around 35 years ago, and it spread to 40 different countries. When my co-founder and I saw this idea, we thought it was a really cool thing and wondered how we could get the idea of a huge award, like a $2million dollar prize, to influence people’s behavior.

What we saw is that it wasn’t legal in the US because banks can’t run a lottery, which is essentially what this prize system was. Rather than customers gaining money from interest, in UK that interest would be taken from customers and placed into a kitty, where a lottery would determine who would win that prize every month, for example.

I think it’s a good way for people to interact with their banks. So we built SaveUp based on that model but we also opened it up to debt, so you can pay your credit card, your loan, your mortgage, and you can earn credits. In SaveUp, you can earn credits for paying down debt, or save money in a savings or an investment account. Any time you do any of those actions, you earn credits on our system and you can use those to win prizes on SaveUp.

So it’s a kind of credit card reward system that’s not beholden to any credit
card company; you can have a Chase credit card and pay that off, you can have a Sally Mae student loan and a mortgage from BFA and you can earn credits on SaveUp, all in one encompassing app. You can win up to $2 million; $100 gift certificates that we give out every week; $5, $10, $25, and $50 thousand dollar scratcher games. People can win instantly.

What is your revenue model?

We have a lot of ways of monetizing. First, ads and sponsorships for the tickets. We have

insurance policies because we don’t have cars waiting to be won or $2 million lying around, and we pay an insurance premium every time somebody plays. That insurance premium comes out to a fraction of a cent and we use the advertising — either on a CPM basis or a sponsorship basis — to pay for the premiums and we make a margin on top of that.

Another way we make money is through affiliate leads, which is basically what Mint does — referrals to IRA’s, savings accounts, credit cards, mortgages.

The other way we make money is through rewards, which is deals or coupons that the user either wins or redeems for. Monetizing hasn’t been hard for us so we haven’t focused that much on it. In 2012 we focused on building a quality product that people would want to keep using, and in 2013 we focused on building partnerships, which is an awesome way to grow our company. Now we’re working on an Android app since we already launched the iPhone app. We’re toying with the idea of building an API for other websites to use, so that they can give away credits or place them among other sites.

What is the underlying technology?

We have a contract with Intuit for data aggregation; we use their API to get all the data and transactions. It’s pretty easy because all we have to do is link up to the API and they deal with the scraping, and almost everything that needs to happen. We just have free access to that data. In terms of the partnerships, working with PayPal was really exciting because we got to work with other companies. It had some challenges, but we have a great set of engineers that can really build on anything.

Are you happy with what’s happening right now in terms of retention and engagement?

If you look at the DAU over MAU, which is what most games look at to determine stickiness, we have around 31 percent DAU over MAU, so that’s based on a lot of the gamification factors that we have in place. There are a lot of things, especially on the mobile app, that we give out notifications for. There are a lot of things that we’ve learned to improve retention and engagement and really it’s just about building a site that people can easily use. In fact, we let people have a limited number of plays so that they don’t get burned out. We want them to spend little time on the site, so they don’t get bored of it.

What are the biggest challenges that you face right now?

Working with partners in the financial space is very slow. I think that’s something that we learned last year and that’s where we’re trying to change our approach. Working with PayPal and others was great, but it takes a lot of time to get those deals signed and deployed.

What’s the big vision for the company?

I would love for users to use SaveUp across the entire country whenever they want to go to play lottery. Instead of actually paying $10 in the lottery and losing those $10, I’d like them to actually put it in their savings or investment account, and have a chance to win $2 million for free. $2 million is not $400 million, I agree, but it’s something that most of America would see as life changing. For the $400 million you need to pay, but this $2 million you can get for free, and we actually have better odds than the Powerball.

SaveUp is the first free rewards program for saving money and reducing debt. Users earn SaveUp credits for every dollar saved or debt reduced and can use these credits to play for prizes ranging from travel, cars to even a $2M jackpot. While using SaveUp users are provided financial education, suggestions to improve their financial circumstances and better financial services. SaveUp can be used with 18,000 financial institutions in the US including rewards for savings accounts, 401k, IRA, or reducing debts like credit cards, car loans, student loans and mortgages. 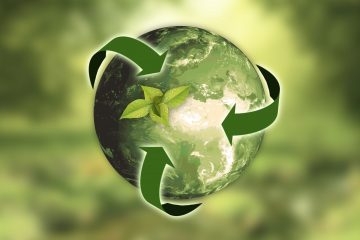