We spoke with Brian Gentile, the CEO of Jaspersoft, ahead of the new release of TIBCO Jaspersoft’s 5.6 Platform. Version 5.6 of the Jaspersoft BI platform is designed to help more business users become capably analytic, with advances in key areas such as Big Data connectivity, platform performance, analytics and reporting.


Earlier this month, TIBCO Jaspersoft’s 5.6 platform was announced. Can you tell us more about this release?

Absolutely. We have added a number of new features to our server and our recording tools and this is one breakthrough that we are very excited about.

So let me just describe what’s in the new version. It’s about improved big data connectivity and about genuinely using big data in a way that makes it small and malleable. There are a whole host of new features that are built for big data connectivity and use. Moreover, there is a new set of analytic strengths and computational capabilities that we didn’t have before that are incredibly useful to the person who’s probably paid to be analytical, to build formulas and calculations that others can use. We’ve built an entirely new way to create calculations and have advanced our interactive reporting capabilities – we’ve long been great at creating intelligent reports that allow the users to manipulate and interact with the data that’s visible in charts and graphs and tables and we’ve done more of this.

So the new product version has this big data improvement adding all this access to big data sources, which obviously requires us to be even better at expanding the amount of mathematics you can apply to the data. To enable this, we built a new facility for allowing analysts to create their own calculations. Similar in Excel, there’s a formula generator where you can point and click with operators, Boolean and non-Boolean – we’ve mimicked that in our tool. There are 30 defined mathematical functions and you can combine them in almost any order; and then you can save that and name that calculation for shared or future use. We think that’s just another logical thing to want to do with all these new data types.

We keep expanding the number of charts and graphs:  people have an insatiable desire for visualising data, so we support things like bubble charts and scatterplots, and dual axis pie or dual level pies, a spider aka radar chart, heat maps and so on. All these different chart types are now part of the product as well.

We have also improved the performance of the back-end query processing, the front-end, the way that the images get built more quickly on any device, small screen or large, the time it takes to create the graphs and pictures for the end user.

Will TIBCO’s recent acquisition Jaspersoft impact your product roadmap, open-source strategy, or pricing model?  And how does Jaspersoft really benefit from this acquisition?

So generally the answer is, business as usual for Jaspersoft, especially in the near term.  The last thing we want to do in combining with TIBCO is distract from the growth and success we’ve had. That means in the near term we are a distinct product group within TIBCO, and our direction and our products and road map are completely maintained intact. Our contract with our customers is unchanged, our commitment to subscription pricing is unchanged. High-value, low-cost, all this is unchanged.

TIBCO sees this as an enormous advantage to them; TIBCO as an organisation wants to grow its influence and its footprint beyond the largest enterprises and into a much larger market where technologies like analytics are being consumed much more quickly, at much lower cost, with on-demand cloud models. These are all the reasons that TIBCO was attracted to Jaspersoft.

So changing any of that would be a mistake.

With over 16 million downloads, Jaspersoft is the most widely employed BI software’s today.  But with fast penetration of other BI companies, like Tableau and Birst, will Jaspersoft be able to maintain its leadership?

At Jaspersoft, we have three axes of innovation – open source, the architecture we have built on top of, and our business model. In other words, we’ve chosen to take our open source roots and our open web standard technical architecture, and point it at the market where it can gain the greatest leverage.

As such, out of all the statistics that I can be proud of – the 16 million downloads, the 400,000 registered members – maybe the one I’m most proud of is the fact that every day there are millions of people’s lives that are touched by Jaspersoft’s products because we are built into so many other products. An estimated 140,000 other applications around the globe built us into their product. The fact that we can touch so many lives with a BI tool is maybe the most distinguishing of all.

As successful as Tableau has been, and SAS-based tools like Birst, we believe the power of those three axes combined are substantial and we think the best influence and the best success is still far ahead. All that we’ve accomplished so far is going to be dwarfed by what will happen in the next five to ten years. We think those will be the most fun.

Business intelligence today is one of the fastest growing industries.  What do you think is the future of BI and where is the industry heading?

Economically speaking, If you think about what’s happened in business intelligence and analytics in the last seven years, we’ve seen an explosion of investment, private equity, venture funding, seed angel funds. All of these have come together and created an almost unprecedented number of new analytics focused companies. It’s unsustainable; there are too many to even keep a track of.  We joke about it inside Jaspersoft “here’s the new competitor of the week”. Everyone apparently thinks that they can do analytics because that’s what it looks like. While this will clearly generate some good ideas, not all these companies are going to make it. Many of them are going to fail, or be acquired, and so on along the path.

We think that the tipping point has probably already been reached, so when this opportunity came to us, to be acquired, the strategic interest was around being at the front of what will likely be a new round of consolidation. Economically, you want to be at the front-end of that curve, not the back-end of that curve.  I’d like to think that in five to seven years we’ll look back at when TIBCO acquired Jaspersoft as marking the beginning of a new phase of consolidation and analytics where all these smaller companies, small and in many cases much smaller than Jaspersoft, began to either be acquired, or combined, and so on.  So I think it’s inevitable that that’s what will happen in the next seven years or so, and this is just the beginning of that.

At Jaspersoft for the past 5 years, Brian Gentile has worked deeply in Big Data and Cloud Computing as key technology elements of the company’s commercial open source development and distribution model.  In that time, Jaspersoft has become the open source business intelligence software market leader, measured by commercial success and growth, production deployments of its software, the size and vibrancy of its community, and product downloads. 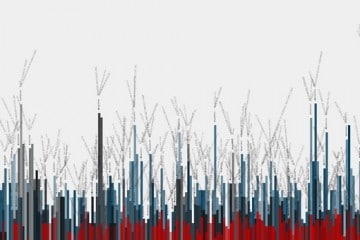 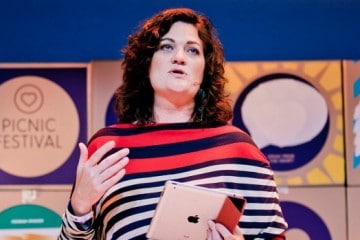 Innovation Is a State of Mind, Not a Team or a Process 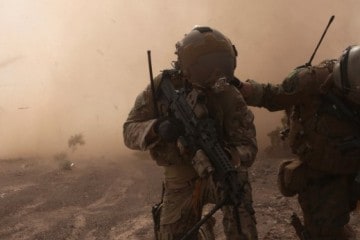