Intel announced recently that it will be tackling two global challenges with Big Data — one project looks at irrigation and the other at snow mapping.

Intel’s irrigation project — named ‘Precision Farming’ — will attempt to perfect farming techniques by placing sensors in crops and other strategic areas to accurately monitor soil and air moisture levels. Through this approach, Intel hopes to reduce the amount of water used for irrigation by as much as 50 percent. “The rate of water supply to the crop is [currently] determined on an ad-hoc basis,” said Sharma. “The notion is that there is a lot of waste because of over-provisioning. You instrument better and you tie that back to the supply of water and reduce waste.”

However, Sharma also noted that the challenges with farming may extend beyond technology. “We sense there is concern within the farming community. Let’s say the farmer is renting the land. If they transfer the ownership of the land, who owns the data? We want to be part of the effort to democratize [it] as well.”

Intel’s experiment in snow mapping is part of the companies goal to design a “queryable” database that will help governments and farmers in predicting drought conditions and plan accordingly. The project will collect data on snow coverage within the Sierra Nevadas through remote sensing and will deduce snow coverage by using a rating system on a scale of one-to-seven.

According to Sharma, “the project generates about two terabytes every 15 days, and the source files [are] 75 gigabytes a day,” Sharma said. ”The challenge they want to address is mak[ing] that data ‘queryable.’”

The projects carried out by Intel are currently taking in place in California. Given that the state provides almost half of the Unites States fruits, nuts and vegetables — and is currently facing one of the worst droughts in decades — Intel thinks that the California is a perfect environment to test their big data experiments.

The two initiatives are part of a wider program at Intel to implement big data across all industry verticals and to a range of specific problems. According to one report, Intel’s “short-term goal is to drive research insights, while the long-term aim is creating reference architectures that can apply across a variety of industries and drive value.”

“We see these in terms of grand challenges and tough problems,” Vin Sharma, Intel’s director of planning and marketing for Hadoop, said. “We want to push the boundary. We do see commercial value, but it doesn’t have to be immediate.”

While solving these problems may not be profitable for Intel, success in these projects will certainly have huge ramifications for the company in the future — both commercially and non-commercially. 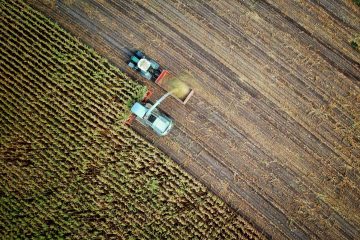 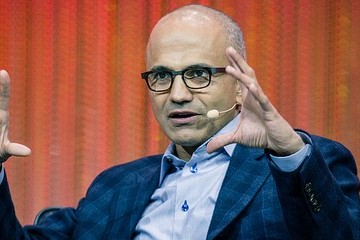