Earlier this month, we reported on IBM’s Watson Mobile Developer Challenger Challenge, where IBM held an elite competition to give top developers access to their supercomputer Watson. Now, the Watson team are what VentureBeat is calling a “hiring binge”, trying to source to top minds in New York’s startups to work with their cutting-edge technology.

One of the men tasked with introducing Watson to New York’s most innovative start-ups is Ted Angelus of Bluewater Labs. “No startup is too small to work with Watson, and there’s still many people who don’t know who the hell Watson is,” Angelus remarked.

The Watson Group also recently announced a move to new offices in St. Marks Place; once established, it will house over 2,000 employees tasked with developing the Watson brand. The aim of the huge hiring round is open Watson’s technology to innovators, who will hopefully find new uses for the technology across industries- commerce, AI development- and maybe even curing cancer. “Researchers can take an individual cancer patient’s DNA, put it into Watson, and Watson, using different databases, will tell you what kind of treatment is recommended,” Angelus said.

Over 100 people turned up last week to their informal Watson workshop, and they’re intending to host weekly workshops to keep pace with demand. The move has been branded by some as IBM’s attempts to shake off their reputation as an archaic big hardware provider, something Senior Adviser Michael DiTanna seems well aware of- “It’s not your grandfather’s IBM,” he remarked.

Cassandra 2.1 and the Future of Datastax - Interview with Jonathan Ellis 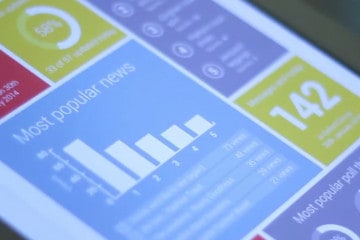