Who Will Retweet This? The Science of Twitter Engagement

In this day and age, you’d be hard-pushed to find an industry-leading business whose marketing strategy doesn’t heavily feature social media. Indeed, for businesses of all sizes, Twitter and its kin offer huge opportunities for promotion and increasing brand awareness. Getting people to retweet your site/product opens you up to exponentially wider audiences and amplifies your online presence with just the click of a button. But how do you get people to hit ‘retweet’ button?

This is the question investigated by Kyumin Lee from Utah State University, along with researchers from IBM’s Almaden Centre. They thought Twitters users were more likely to retweet than others, particularly if they were targeted about a particular topic at a certain time of day. So, they set about building algorithm that could find such users.

They wanted to test people’s response to tweets containing two types of information: one, news relevant to a particular area (San Francisco) and two, news on a signficant issue of the day (bird flu). They then set up Twitter profiles with a few followers, and targeted Twitter users in SF area. They found 34,000, and chose 1,900 at random. They then sent their random sample the following tweet:

“@ SFtargetuser “A man was killed and three others were wounded in a shooting … http://bit.ly/KOl2sC” Plz RT this safety news”

The researchers then sent a bird flu-related tweet to 1,900 chosen at random who had already tweeted on the subject. Of these 1,900, 155 retweeted, equating to 8.4%. 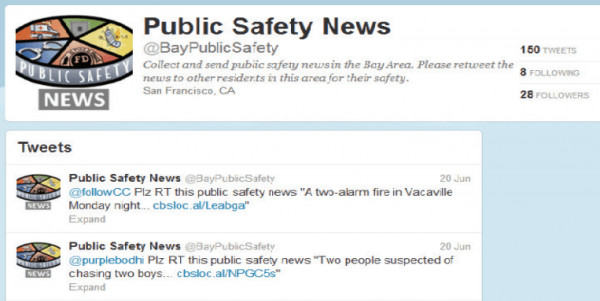 The result of this analysis was a machine learning algorithm which could predict which users were likely to retweet on a certain topic. It proved surprisingly effective; when they sent out the San Francisco-specific tweet to 1,900 users identified by the algorithm, the retweet rate was 13.3%; when they timed their requests to when the users were most active, this rose to 19.3%- a 600% increase, compared to the random sample. The bird flu related tweet also showed significant increases, with 19.7% of the targeted group retweeting it.

Lee and co have not released any information about what they plan to do with their findings, if anything. But in a world where retweets equate to increased exposure, traffic and revenue, this algorithm could prove to be a vital and valuable tool.