by Eileen McNulty
in News, Uncategorized
Home News
Share on FacebookShare on TwitterShare on LinkedInShare on WhatsAppShare on e-mail 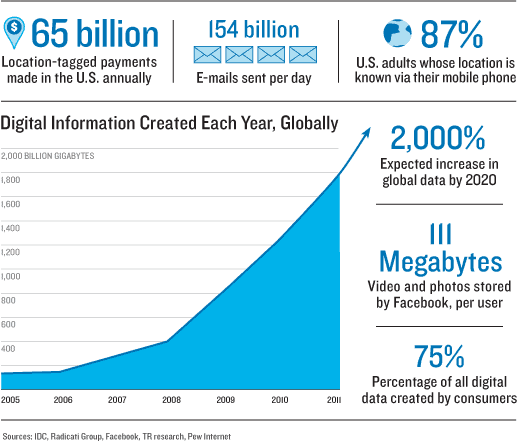 Collecting personal information in the world of Big Data has its advantages; it allows companies to prevent fraud for instance, and personalise our online experiences. But it also has a more nefarious side; personal data can be hacked, allowing strangers access to our most intimate personal details. And it’s not just criminals who might be peering at our private information; in the US, there has been uproar about the NSA’s surveillance of its own citizens. It with this dark underbelly of data in mind that the Federal Trade Commission published their report on Big Data, calling for greater transparency and greater control for the consumer.

FTC Chairwoman Edith Ramirez vocalised her concerns over how much personal data is available to big companies today. “The extent of consumer profiling today means that data brokers often know as much – or even more – about us than our family and friends, including our online and in-store purchases, our political and religious affiliations, our income and socioeconomic status, and more,” she stated. “It’s time to bring transparency and accountability to bear on this industry on behalf of consumers, many of whom are unaware that data brokers even exist.” Ramirez, and the 110-page report, emphasise just how much the most influential companies know about us, and just how little we know about them.

Once they’ve collected the data, a company’s knowledge can have a tangible impact on the consumer’s life. The FTC cite “bike enthusiasts” as an example; if you’re considered to be in this category, you may receive personalised discounts on motorcycles, but you may also be charged heftier insurance premiums without ever knowing it. The FTC has made extensive recommendations on how to improve this, starting with a centralised portal where big data brokers must disclose any data they’ve collected on an individual, and from where. If the FTC succeeds in its plans, consumers would not only be able to view data collected, but also amend any errors, or potentially opt out altogether.

Data privacy has become a widely-discussed issue in the US, following on from a White House report on the matter earlier this month. Jeffrey Chester, director of the Center for Digital Democracy, believes the FTC’s report offers a much more extensive outlook and robust strategy than its White House counterpart. “Unlike the White House’s Big Data reports issued earlier this month, the FTC study provides a much more realistic—and chilling—analysis of an out of control digital data collection industry,” he stated.

And it’s not just America who are growing increasingly uneasy about the scale of data collection. The European Court of Human Rights recently ruled that Google and its competitors had to consider requests by individuals to have their information removed from search engine results. There seems to be a growing call internationally for a system of checks and balances to be put in place in the almost unregulated world of big data.