Vinod Khosla, the founder of Khosla Ventures and co-founder of Sun Microsystems, said last Friday that the best way to improve healthcare is to get rid of most doctors. The comment was made during a one-hour keynote speech at Stanford University School of Medicine’s Big Data in Biomedicine Conference.

“Biological research will be important, but it feels like data science will do more for medicine than all the biological sciences combined,” he said. “I may be wrong on the specifics, but I think I will be directionally right.”

Although Kohsla is known for his “disruptive philosophy”, there is some weight behind his claim. According to a McKinsey report, for example, it is estimated that advancements in big data and predictive analytics could account for $300 billion to $450 billion in reduced health-care spending, or 12 to 17 percent of the $2.6 trillion baseline in US health-care costs.

“Sufficient data used properly and reduced to the right insights does in fact make up for errors,” Khosla said. “I would rather have 1,500 EKGs (electrocardiograms, a test that checks for problems with the electrical activity of the heart) done much more poorly than two EKGs done a year very well, because the sources of errors in the current system are just too large. When I have two EKGs a year, I may not be symptomatic. I’m not arguing that these systems don’t have errors. I’m saying the volume of the data, properly applied, makes up for it.”

It should come as no surprise that one physician exclaimed, “I don’t agree with 80 percent of your remarks,” to which Khosla responded, “humans are not good when 500 variables affect a disease. We can handle three to five to seven, maybe. We are guided too much by opinions, not by statistical science.” 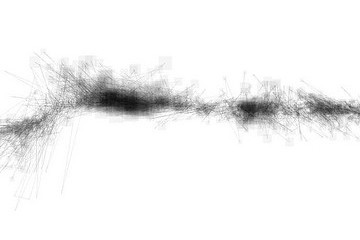