Tibeco announced yesterday that it has acquired Jaspersoft, a company specialising in open source business intelligence tools, for $185 million. The new deal will give Tibco a larger, more diverse BI suite to sell alongside its existing Spotfire analytics product. Jaspersoft’s integration with numerous NoSQL data stores and Hadoop will give Tibco the chance to cover the whole of the market opportunity for analytics.

According to Forrester Research vice president and principal analyst Boris Evelson, Tibco’s acquisition of Jaspersoft is a wise move.

“Spotfire is an analytics-only product. It a) does not do pixel-perfect reporting (like customer statements, invoices, bills, etc).” Nor does Spotfire have an extract, transform and load (ETL) component. “ETL prepares data for analysis and use in BI.” 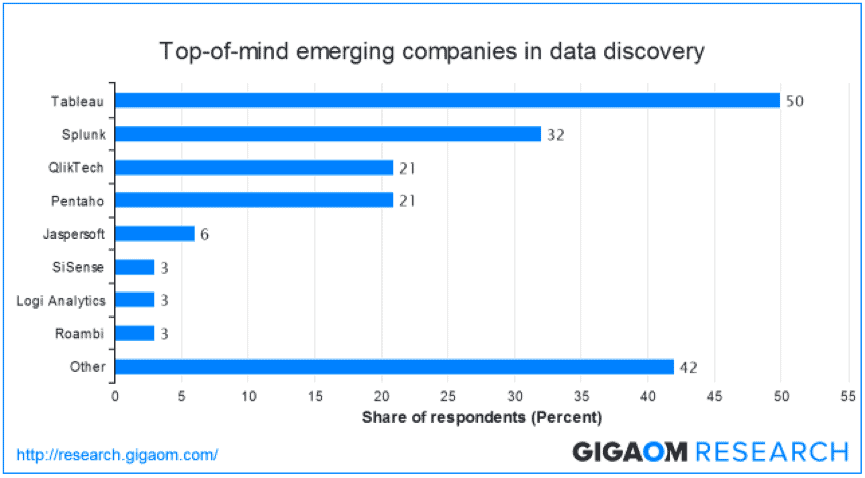 The news of Tibco’s acquisition is a sign of the difficulty companies are having in differentiating themselves in an extremely competitive market. According to a report by Gigaom (see above), Jaspersoft is behind other emerging companies in terms of mindshare (6 percent compared with Tableau’s 50 percent), while Tibco does not feature on the list of established companies. As such, the acquisition of Jaspersoft will combine the strengths of both companies, giving them the possibility of competing against both start-ups like Platfora and SiSense, among others as well as bigger companies like Microsoft.